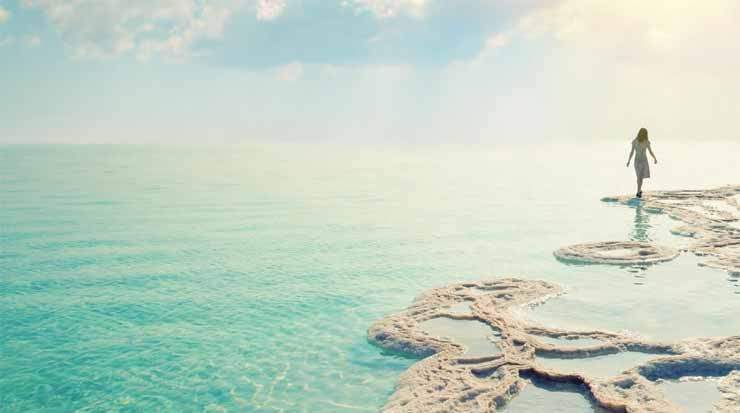 AS NEW HORIZONS APPEAR IN JORDAN’S ECONOMY, HOPES EMERGE FOR A BRIGHTER FUTURE IN THE TOURISM SEGMENT.

This August, the International Monetary Fund (IMF) approved a three-year extended arrangement for the Kingdom for USD723 million with the purpose of advancing fiscal consolidation to lower public debt and broaden structural reforms to enhance the conditions for more inclusive growth.

As destinations in the Middle East continue to be affected by ongoing regional upheavals, the IMF’s new project has brought hope to Jordan, opening the doors for further growth in a period of political turmoil.

Discussing the new arrangement, Nizam Bou Antoun, general manager, Corp Amman Hotel, took it as a challenge for all hotels in Amman to increase their share in the corporate area.

Optimism for the Kingdom’s future in the tourism segment has been given new flame, and industry experts, such as Antoun, have increased their efforts to promote their businesses and Jordan as a whole.

“Travel agencies [and] wholesalers […] are the main business feeders and act as an open door to local and international markets,” said Antoun.

The focus on travel agencies and tour operators is a common trait among many businesses in Jordan, whose endeavours to promote key locations across the Kingdom have suddenly begun to pick up speed following IMF’s decision.

H.E. Sharhabeel Madi, commissioner, economic affairs, Aqaba Special Economic Zone Authority (ASEZA), also stressed the significance of promotion via agents and operators. In addition to its charter flights program to facilitate accessibility into the destination and increase the number of visitors, ASEZA offers a cooperation marketing support for tour operators interested in selling and promoting a minimum four-nights program for Aqaba, Wadi Rum and Petra.

Collaborative efforts have also extended between hoteliers and Jordan Tourism Board. While hotels have been working relentlessly to enhance their product offering by tailoring special packages to their guests’ needs, the tourism board seeks to draw visitor attention to Jordan’s rich culture.

More often than not, the two authorities come together to draw both local and international market focus.

As Cindy El Bader, marketing manager, The Boulevard Arjaan by Rotana, said, “In 2017, we will continue to offer our guests an exciting hospitality experience, while also working with our partners – Rotana’s area sales offices and the Jordan Tourism Board – to explore new opportunities and target new markets which will help us attract more customers.”

El Bader further stressed the importance of certain markets, with the GCC market playing a big role in Amman, while new markets, such as the US and UK, are constantly emerging with fresh prospects.

Ziad Fostuq, general manager, Belle Vue Amman, also commented on the hotel’s many partnerships with local businesses and the country’s tourism board.

“We focus on all markets, with the assistance and close relationships with our local DMCs and with the local authorities, being Jordan Tourism Board and of course the Ministry of Tourism,” said Fostuq.

These partnerships are host to a multitude of familiarisation trips from new markets, and while the local market has always played the biggest role in tourism contribution, the Kingdom is looking to cater to more niche markets.

“To attract more divers to the destination [...] steps have been made to focus on certain markets; the UK, Germany, Spain, the Netherlands, Moscow and Spain,” said Madi.