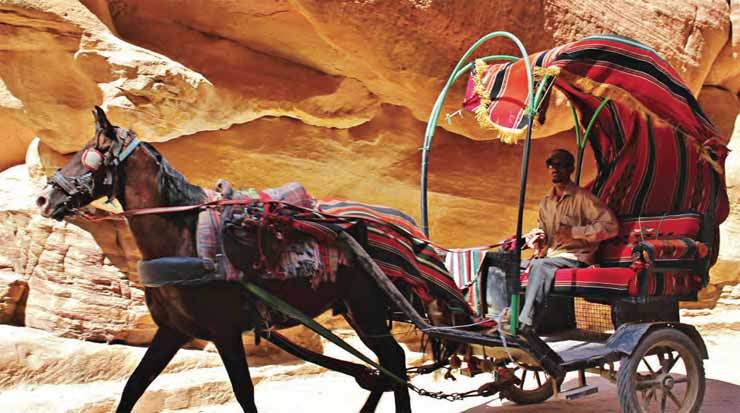 In order to promote Jordan as a top tourist spot, trade experts have begun to employ new methods based on recent trends and, most prominently, the new dominant demographics.

“With the rise of the millennials, the demand for better services, better culinary experiences, flexible rates, high ranked online reviews, all together derive higher expectations [which] hoteliers are expected to meet,” Antoun elaborated, listing, among others, the hotel’s website as a priority for direct bookings versus online travel agency dominance, as well as social media platforms.

The importance of a strong online presence is evident across the tourism sector. In addition to tour operators, experts are focussed on attracting social media bloggers from the biggest markets.

Discussing the ever-growing impact of social media in the hotel business, El Bader further explained that 14in order to reach today’s millennial generation, who are entering their spending years and are particularly influenced by what they read on different social media platforms, the industry needs to learn to speak their language.

Even tour operators are picking up on the trend. Adnan Habbab, managing director, Nawafir Tours, argued that apart from participating in trade shows and arranging familiarisation trips for visitors, online presence plays an important role.

“This month, we launched a new website [...]. In 2017, we will use social media to promote our destinations and products,” said Habbab.

More connections are also being introduced between Jordanian cities and fresh international markets. Most recently, a new route to Aqaba from Helsinki Airport was established, courtesy of Royal Wings, the charter arm of Royal Jordanian Airlines.

As routes multiply, more companies are seeking to bring their businesses to the Middle Eastern country, such as Rotana Group and Eagle Hills, which have recently settled in the Kingdom.

The new Amman Rotana, which opened for business in October, has already become a landmark in the city as the tallest building in the Kingdom, while Eagle Hills has launched its fourth project in Jordan, The Skyline Residences serviced by W Amman.

As Alaa Batayneh, CEO, Eagle Hills Jordan, elucidated, “This new project reflects our collective commitment to Jordan’s socioeconomic progress, as it, along with our other three projects, will redefine the hospitality experience [in] Jordan, expanding the number of hotel rooms to accommodate guests in the Kingdom and opening up a large number of new job opportunities.”

Jordan’s vibrant hotel scene continues to grow steadily with the addition of new addresses, luring visitors from global markets, but established hotels are not staying behind.

Many are undergoing renovations to keep their product offering at the highest quality, at the same time tapping into new prospects as well as catering to their existing loyal markets.

Leisure visitors are a top priority, according to Jaradat, while religious tourism continues to be an important aspect of the industry.

“Jordan is also known for its historical and religious tourism attractions for both Muslim and Christian populations, which is a big component of our occupancy rates.

Our Dead Sea hotel is located near the famous baptism site [Al-Maghtas], which has great significance to Christian pilgrims around the globe,” said Jaradat.

These combined efforts to boost travel with new incentives have seemed to pay off.

With over 770,000 visitors welcomed at Queen Alia International Airport (QAIA) during September this year, a marked 9.3 percent increase in passenger traffic in comparison to the same month in 2015, Jordan is looking at a promising season in the tourism segment.