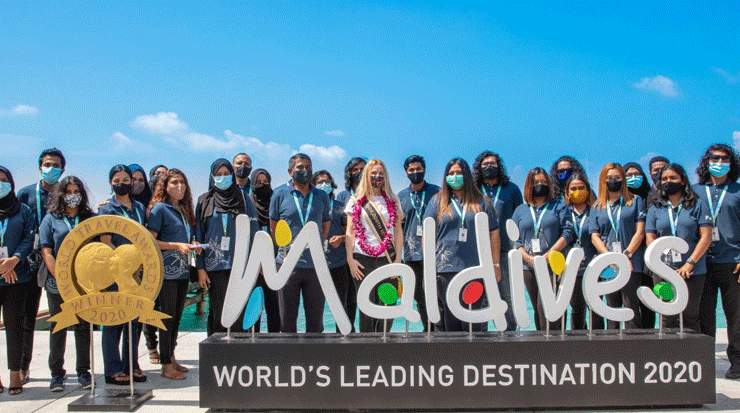 During a momentous ceremony held at Velana International Airport, the tourist was identified by the Ministry of Tourism, together with Maldives Marketing and Public Relations Corporation (MMPRC), Maldives Immigration and Maldives Airports Company Limited (MACL). The 500,000th tourist, Kirstin Madeleine Nittke, who arrived from Germany via Emirates.

On arrival, she was identified at the immigration counter and greeted by the welcoming team. She was then presented with a sash and flower garland around her neck.

She was ushered outside where she was then escorted onto the stage where senior officials of the Ministry of Tourism, MMPRC, Maldives Immigration and MACL received her. On stage, there was a festivity of Maldivian cultural activities, live Bodu Beru and Dhandi Jehun by traditional boduberu group, Bidhabin.

It is anticipated that the country will reach peak arrival rates during the year of 2021, taking the rate up to 1,5 million tourist arrivals.