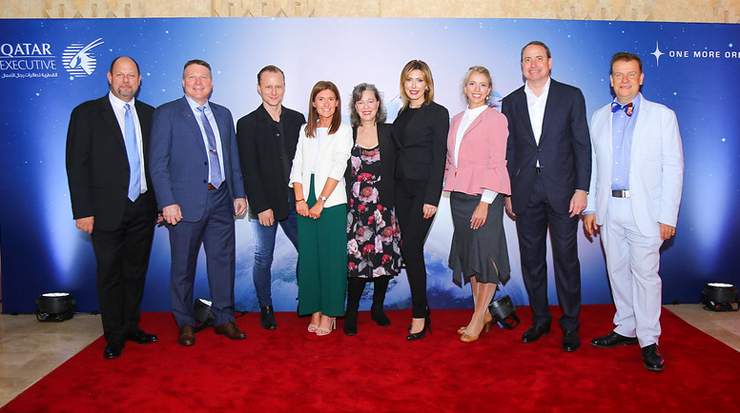 Qatar Executive, together with the ONE MORE ORBIT team, celebrated its setting of the new world speed record for any aircraft flying over the north and south poles with a private screening of the ONE MORE ORBIT documentary in the seven-star Novo cinema at Souq Waqif, Doha, Qatar in mid-December 2019.

The ONE MORE ORBIT team shot a documentary that captured all the drama, excitement and challenges of the entire mission, from planning through to execution and finally, the successful touchdown at Cape Canaveral, the home of NASA.

The documentary was produced by Untitled and directed by NASA astronaut Terry Virts, one of the team members on board the Gulfstream G650ER during the daring mission.

In addition to setting the new pole-to-pole world speed record, Qatar Executive’s flight attendant during the mission, Magdalena Starowicz, became the first woman in history to complete the polar circumnavigation of the earth.