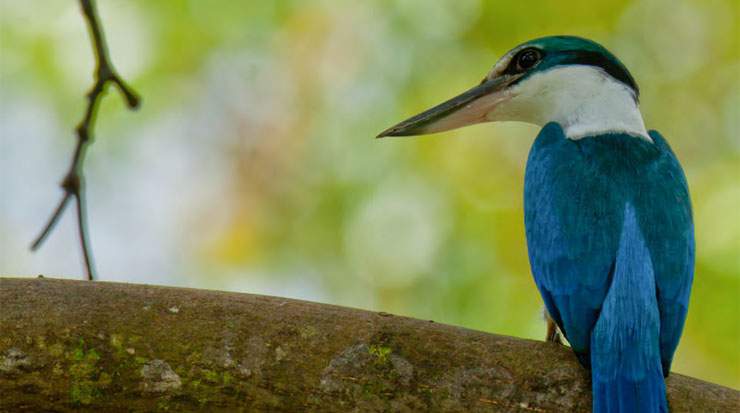 AS AN INCREASINGLY POPULAR DESTINATION, SHARJAH HAS EXPERIENCED EXCEPTIONAL GROWTH IN RECENT MONTHS.

WHILE CULTURE REMAINS THE MAIN ATTRACTION FOR MANY, VISITORS ARE ALSO BEGINNING TO TAKE NOTICE OF ITS BOUNTIFUL NATURAL OFFERING.

According to Sharjah Commerce & Tourism Development Authority (SCTDA), the emirate welcomed 885,000 hotel guests in the first six months of the year (H1), a respectable 3.5 percent increase over the same period in 2016.

While this is a long way from the 10 million annual visitors the emirate hopes to attract by 2021, it is nevertheless a step in the right direction.

With recent legislation changes enabling Russian and Chinese visitors to obtain a visa on arrival, a major travel incentive, it comes as no surprise that these markets represent a significant proportion of international guests.

While noting that so far the hotel has welcomed a similar number of tourists as 2016 , Rabih Zein, general manager, Radisson Blu Resort, Sharjah, pinpointed that guests from Russia, Eastern Europe, and China account for more than 65 percent of all stays.

Yet, as revealed by SCTDA, Saudi Arabia continues to represent the destination’s leading source market, with some 72,000 Saudi nationals staying in Sharjah’s hotels in H1.

Moreover, thanks to the government’s staunch efforts of positioning the emirate as a prime regional destination, especially for families, the number of GCC arrivals also increased.

In terms of tourism income, the emirate saw great success in H1, hospitality revenue skyrocketed to AED372 million (USD101 million), a rise of 7.8 percent over the same period in 2016.

Indicating that in July the number of passengers passing through the gateway increased 3.5 percent, Iain Forrest, general manager, Middle East, India and sub continent, Dufry Sharjah, attributed the success to a resurgence in Indian travellers.

In order to accommodate the influx passengers, Forrest highlighted a number of initiatives that the airport has implemented to improve passenger experience.

In addition to complimentary Wi-Fi, Forrest outlined that the hub recently introduced Smart Gates at passport control, which allow travellers to pass through in under 20 seconds. Consequently, he added, “This greatly helps the penetration in shops as the dwell time of the passenger has significantly increased.”

With this, Sharjah Duty Free, managed by Dufry Sharjah, is set to welcome a plethora of new brands as it completely renovates its departures shop.

As outlined in Sharjah Tourism Vision 2021, to achieve its target of 10 million annual arrivals, SCTDA identified four strategic pillars to simultaneously concentrate on.

The first of these is to continue promoting the emirate as an ideal family destination, while the second is described as adopting an innovative tourism approach to improve experiences through the provision of innovative solutions.

The third pillar aims to enhance efficiencies within the tourism sector through partnerships to offer world-class facilities and capabilities.

Lastly, the fourth is to reinforce the emirate’s reputation as an international cultural hub.

Known as the cultural capital of the UAE, Sharjah boasts no less than 16 museums, more than 600 mosques and a myriad of heritage sites, offering something for everyone. “Sharjah is very well known as a cultural and heritage destination [...],” enthused Zein.

Aside from its rich cultural offering, Sharjah is repositioning itself as a leading eco-tourism destination, capitalising on its diverse natural landscapes.

Describing just some of the experiences awaiting tourists, Zein said, “Sharjah [...] has much to explore, from [...] kayaking in the mangroves, climbing mountains, diving in oceans, cycling in the desert, and today, the authority will also focus on developing eco-tourism such as the development of a special and dedicated area for walking.”

After years of investing in cultural tourism resources, Sharjah Investment and Development Authority (Shurooq) has refocussed its efforts to create a range of eco-tourism attractions.

Considered to be one of the most significant to date, Mleiha Archaeological and Eco-tourism Project opened its gates in 2016. The 50 km2 destination combines archaeology exhibits with adventurous experiences including desert trips and paragliding.

The second phase of this ambitious project, to be developed in partnership with Environment and Protected Areas Authority, will see the reintroduction of indigenous wildlife to a 450 km2 area as well as a camping park, motel and astronomy observatory.

With conservation being its core objective, the attraction will give visitors the chance to learn about indigenous wildlife and become immersed in nature.

Among other projects, it will feature a turtle rehabilitation centre and a conservation centre to protect the wetlands, which are listed as a Wetlands of International Importance.

While the emirate’s goal of welcoming 10 million visitors by 2021 may seem ambitious, thanks to SCTDA’s clear strategy of providing richer experiences, whether immersing travellers in culture or the environment, it is certainly achievable.