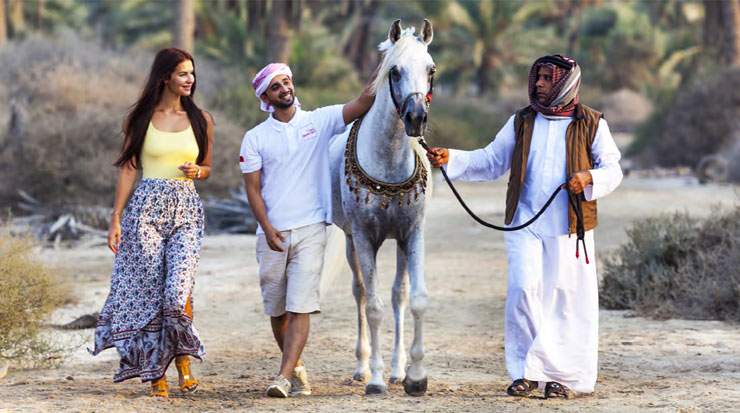 In a bid to further strengthen the role of the Bahraini tourism sector as one of the main contributors to national economy, while also promoting the country’s differentiating features through its tourism marketing brand, BTEA has recently established representatives offices in strategic locations, such as Moscow, London, and Paris, to access and serve new source markets.

Applauding the H1 as a fruitful period in terms of business opportunities, Zarkadas unveiled that thanks to close cooperation with BTEA, Visit Bahrain secured the exposure to new markets as the authority’s new branches had been launched.

Observing a positive change as an outcome of such joint efforts, he added that while the organisation reported a significant influx of Saudi travellers, one of its main source markets, Russian, German, Indian and European visitors also marked a visible growth this year.

Commenting on shared initiatives aimed at rising the country’s profile for international visitors, Anurag Bajaj, general manager, e-commerce, Elite Group Hotels, expanded, “This year, we have attempted to reach out to non-traditional markets and support the ministry with special packages and deals for European and Asian countries.”

One of the main attractions which has put Bahrain on the map is Bahrain International Circuit.

As the first Middle Eastern country having hosted Grand Prix in 2004, Bahrain lures regional and overseas visitors to the venue’s multiple annual events not limited to Formula One.

Confirming that the growth of tourist numbers has been significant since the first race in 2004, Arif Rahimi, chairman, Bahrain International Circuit, noted, “We work closely with relevant government departments, as well as other major organisations and businesses in Bahrain to ensure we work together and present the Kingdom in its best light.”

A positive outcome of stakeholders’ efforts was Bahrain’s recent selection as one of the members of the United Nations World Tourism Organization’s Executive Council for the period 2018-2021. Such recognition demonstrates rising strength of the country's tourism along with its capability to represent Middle Eastern sector globally.

Authenticity appears to have been recognised as the Kingdom’s strength for generating higher tourism figures, hence the Ours Yours national tourism brand.

s such, authentic travel does not only involve understanding a destination’s culture, history and heritage but the connection to local people.

Bahraini people have a long history with foreigners and are welcoming by nature.”

In order to boost a positive perception about the Kingdom, Zarkadas believes that stellar service and unique activities based on the country’s most characteristics is the right mix for success.

Based on this, the organisation has designed a series of sightseeing tours allowing travellers to get in touch with local culture.

[…].Whether we are talking about enabling tourists to glimpse into the past by visiting old houses of Muharraq, discovering the modern accomplishments that allow Bahrain World Trade Center to produce its own energy, tasting traditional goods at the Muharaq Souq, taking a leap of faith at the world’s largest indoor Sky Diving Tunnel, relaxing on the elusive island of Jaradh, hunting for the best pearls in the world or marveling at breathtaking sights of this Arabia paradise at dawn, the Visit Bahrain tours […] create a complete experience built on a fascinating narrative.”

Expanding on the Kingdom’s authentic account, Bajaj outlined, “Even though a small island, [Bahrain] has remained a mystery for long and has been able to offer sites and cultures different from the rest of the GCC […], today a modern Bahraini lives a life that is easily envied by most neighboring and even developed countries.”

Demonstrating the importance of engaging the cultural specifics even in sports to deliver a unique message about the destination, Rahimi summarised, “We always aim to ensure that the experience of our visitors is closely aligned to our culture and we are always looking to reflect Bahrain’s unique character in the events we host.

We are fortunate that alongside sporting bodies we work with to travelpromote our events, authentic cultural promotion is actively encouraged.”

Complementing the off-the-beaten-track experiences, local hospitality enhances memories of a destination. Rahimi expounded, “More than anything I think our culture of hospitality really stands out from our neighbours.

Anyone who visits Bahrain for the first time should see that, and I know that is the reason why many Formula One fans keep coming back.”

Having found the right formula to appeal to experiential travellers, the pearl of the Gulf is checking in to be recognised as an authentic travel destination.

Zarkada concluded, “Bahrain can be seen, heard, felt and tasted, creating sensorial travel experience that will linger in the memories of travellers for a long time.

In an age when everybody is searching for awakening experiences, Bahrain comes to meet the need of authentic travel by revealing its most original core.”