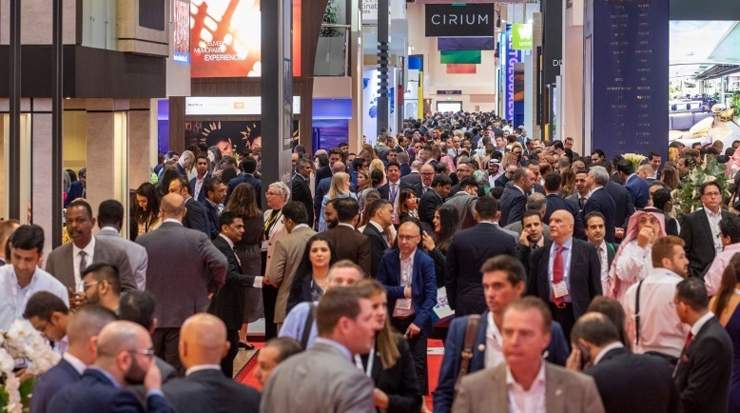 This year’s event showcased the largest ever exhibition from Asia, witnessing an eight percent YoY increase in total floor space, with Indonesia, Malaysia, Thailand and Sri Lanka being the largest exhibitors.

This year’s edition, which placed a spotlight on cutting-edge technology and innovation, boasted more than 400 main stand holders with over 100 new exhibitors making their debut. The number of countries represented at ATM 2019 totalled over 150.

Identifying the top tourism trends showing the greatest growth potential is one of the most valuable insights ATM has to offer, and this year’s event was no different as it launched Arabian Travel Week – an umbrella brand comprising four co-located shows.

ATM 2019 got underway with the Arabia China Tourism Forum. With the overall number of outbound tourists from China projected to hit 224 million by 2022, according to research conducted by Colliers International.

Another of the highlights from the Global Stage was an informative discussion on the potential benefits and pitfalls of technology implementation in the Middle East’s tourism sector.

While innovations such as the Internet of Things (IoT), artificial intelligence (AI), machine learning and personalisation technology have the potential to boost efficiency across the industry, panellists emphasised that operators should always consider how new applications are likely to impact the customer experience.

New to ATM 2019, focused seminar ‘Why Tourism is Saudi’s New White Oil’, was one of many other sessions on the Global Stage. With Kingdom-based industries in direct contact with tourists expected to generate more than USD25 billion this year, an expert panel discussed the opportunities related to upcoming tourism-focused developments and visa reforms.

The development of new projects such as The Red Sea Project and Qiddiya, both of which are completely reinventing destinations, and the creation of local attractions thanks to the Quality of Life Vision Realization Program and the General Entertainment Authority (GEA) as well as the roll-out of 30-day Umrah Plus Visas, eVisas and specialists visas for events, the Kingdom looks set to attract more tourists than ever before.