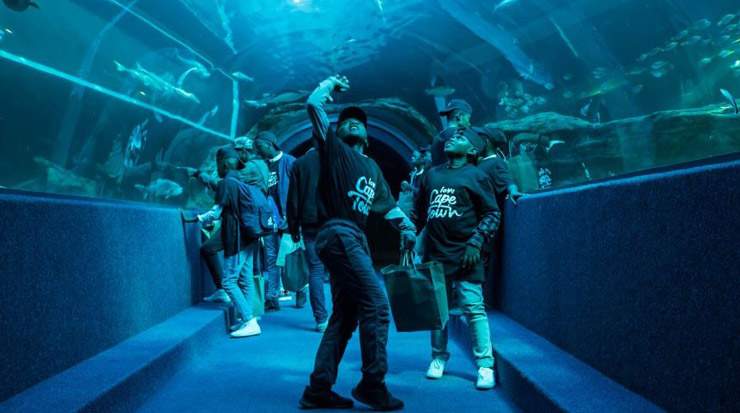 80 young people from Cape Town got to enjoy the experience of a lifetime, celebrating Mandela heritage and footprint in the city. Hosted by Cape Town Tourism, learners from two marginalised areas around Cape Town Langa and Khayelitsha, were given the opportunity to walk in Nelson Madela’s footsteps and to learn about his life and legacy, particularly how Cape Town formed part of the former-presidents life, in commemoration of the Mandela Centenary celebrations this year, and during tourism month.

A roadshow was used as an educational tool for the learners to understand more about their city and the possibilities available to them.

The Cape Town Tourism team accentuated that loving Cape Town and loving their area will result in positive changes not only socially, but economically for where they live. By positively improving the environment for the residents of the area, it will in turn display the area as a pleasant place to visit.

Areas like Langa, Khayelitsha, Gugulethu, etc. have seen phenomenal changes following the implementation of tourist activities that work to better the community as a whole.Learners were encouraged to take inspiration from the roadshows, to feel motivated to create the best possible environment for their neighbourhood to thrive in. In addition, the roadshows showcased different job opportunities within the tourism sector, with examples of career paths they can follow, for example, being a chef, working at the Two Oceans Aquarium and doing social media.

The whirlwind tour saw the group of learners enjoying exploring the Two Oceans Aquarium, where they went on an educational tour of the aquarium, taking in the marine life. They were joined by a guide who told them about Robben Island and Nelson Mandela’s imprisonment there.