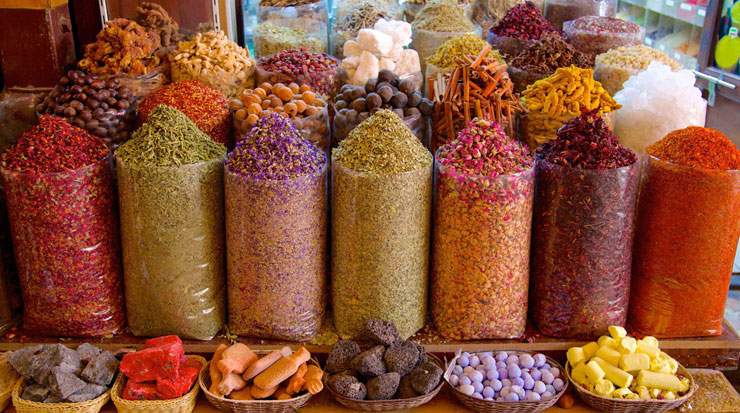 BEING AN IDEAL DESTINATION FOR LEISURE TRAVEL, BAHRAIN IS VISITED BY MILLIONS EVERY YEAR.

AIMING TO ACHIEVE ITS ECONOMIC VISION 2030, THE ISLAND IS INVESTING IN ITS RICH CULTURE, TO OFFER A VARIETY OF SHOPPING EXPERIENCES TO PLEASE BOTH LOCALS AND TOURISTS.

Over the past decades, Bahrain deservedly stands out as the Pearl of Arabia, with a diverse culture arising both from a unique combination of arts, music, food and creativity, and the shopping experiences visitors can enjoy. Visited by millions every year, Bahrain blends tradition with modernism, which makes it an ideal destination for leisure travel.

Mazen Maskati, CEO, Bahrain, Mindset Media, disclosed, "I believe it is the combination of old and new in Bahrain that attracts the visitors. Apart from traditional shopping and strolling around the souqs, we have modern shopping malls and interesting seasonal pop-up markets as well. The distances are short within Bahrain, making it easy for visitors to move around the Kingdom, be it for shopping, dining or cultural attractions."

Over the last year, Bahrain has seen a growth in the non-oil sectors which contribute in its economy.

A report carried out by Bahrain Economic Development Board revealed an annual pace of a 4.7 percent increase in the first half (H1) of 2017, ahead of the four percent non-oil growth recorded during 2016. These numbers derived from sectors such as hotels and restaurants, social and personal services and financial services, which all expanded more than seven percent year-on-year.

Overall, the economic growth of Bahrain reached an annual pace of 3.4 percent during the first half of 2017, which marked a further improvement of 3.2 percent in comparison with 2016. In addition, the Bahrain Tourism & Exhibitions Authority (BTEA) supports that a significant improvement in the tourism sector was witnessed with inbound tourism increasing from 9.7 million visitors in 2015 to 10.2 million in 2016, with an annual growth rate of 5.1 percent.

The tourism sector in Bahrain contributed about 6.3 percent to the Kingdom's GDP in 2016.

This steady growth in the volume and contribution of inbound tourism has continued over H1 of 2017, whereas the Kingdom welcomed around 5.6 million visitors between January and June 2017, an increase of 14 percent compared to the same period in 2016.

BTEA estimations showed that Saudi Arabia, Kuwait, UAE, Oman and Germany are considered as the top five source markets and spending nations within the Kingdom.

Bahrain has welcomed 4.7 million visitors from Saudi Arabia during H1 of 2017 due to its close proximity to the Kingdom with easy access through the King Fahad Causeway and Bahrain International Airport, followed by 311,986 visitors from Kuwait, 79,873 from the UAE, 62,170 from Oman and 26,256 from Germany.

Unni Krishnan, general manager, Alraya Suites Bahrain, confirmed this estimation, based on the hotel's flow which has mainly been chosen by travellers arriving from Saudi Arabia.

Bahrain steadily develops its Economic Vision 2030, focusing on the projects under the umbrella of the long-term tourism strategy Ours.Yours, that is based on four pillars awareness, attraction, access and accommodation.

This also includes the improvement in the overall accessibility to the Kingdom of Bahrain, attracting exhibitions and conferences to Bahrain, improving the quality of services in the tourism and hospitality sectors, and strengthening the position of the Kingdom as an ideal tourist destination for families and international tourists.

The latest numbers from Oxford Business Group's reports showed that shopping has become the main attraction for visitors to Bahrain.

Around 11 million people drive between Saudi Arabia and Bahrain every year, with 23 percent of inbound tourists visiting Bahrain for shopping.