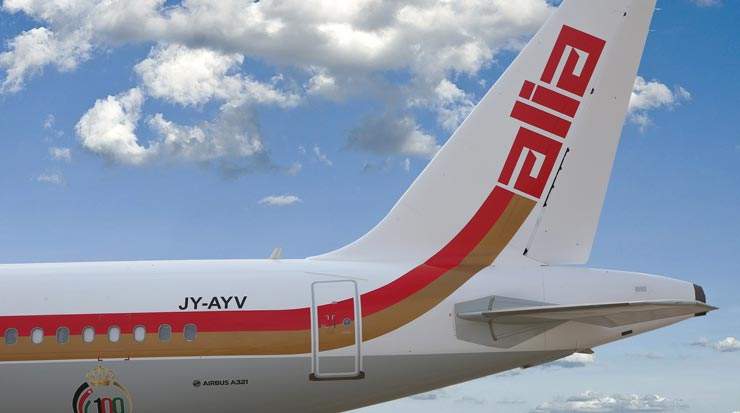 Samer Majali, CEO, RJ, said that this initiative both celebrates the Kingdom's centenary and showcases RJ, the leading national carrier of Jordan. He added that it is also proof of the company's keenness to take part in all national events that Jordanians are proud of.

Majali stressed that Royal Jordanian celebrates its 58 years of existence, during which it has built a distinctive history, heritage, global reputation and livery that proudly depicts the Royal Crown, and that it will tirelessly endeavor to continuously improve the services it provides travellers, both on the ground and in the air, to ease travel procedures and to keep abreast of the developments in the air transport industry.

RJ also recently revealed a Petra-inspired livery on one of its 787s, showcases the breathtaking rose-red city that is one of the new seven wonders of the world and an instantly recognised image associated with Jordan.