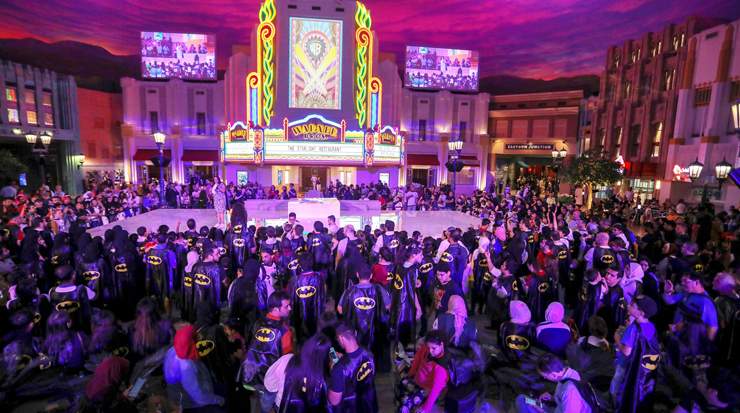 Batman fans of all ages came together from far and wide to take part in the festivities, donning Batman’s iconic cape and commemorating 80 years of adventures with everyone’s favorite Caped Crusader.

Warner Bros. World Abu Dhabi’s Gotham City and Warner Bros. Plaza buzzed with guests who dressed as the Caped Crusader and reveled in the celebratory atmosphere, featuring special entertainment including interactive segments, character meet and greets and lots of other surprises. Fans of the Dark Knight took home commemorative items and delightful memories from the record-breaking event.