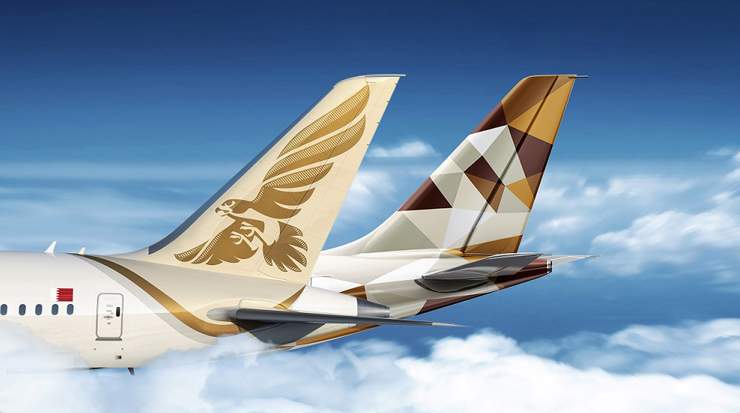 Gulf Air and Etihad Airways have added four airports in the US to the list of cities served by the existing codeshare agreement for travel which commenced September 23.

The addition of the new destinations further strengthen the solid ties between the two countries and carriers by continuing to enjoy a strong and robust relationship following the signing of a memorandum of understanding between the two carriers at the Bahrain International Airshow in November 2018.

Gulf Air will place its ‘GF’ code on Etihad flights from Abu Dhabi to and from Chicago O’Hare, Los Angeles, New York JFK and Washington and will be able to enjoy the preclearance facility offered at Abu Dhabi International Airport exclusively for Etihad flights.

In addition to the points in the US, Gulf Air will place its ‘GF’ code on Etihad flights from Abu Dhabi to and from Bahrain, Brisbane, Jakarta, Lagos, Melbourne and Sydney for a total of nine cities under this codeshare agreement.