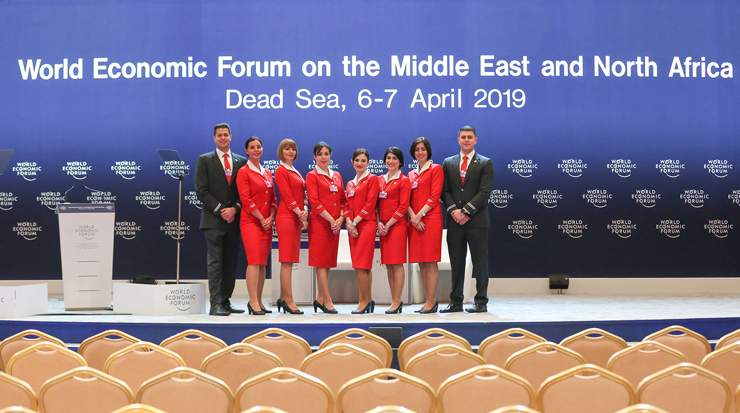 RJ is the Official Carrier for World Economic Forum

For the 10th time since the World Economic Forum has been held at the Dead Sea, which debuted in 1995, Royal Jordanian (RJ) was the official carrier for participants in WEF in the Middle East and North Africa, which this year took place April 06 – 07.

Over 1,000 key leaders from government, business and civil society came together at the forum to address the most pressing challenges facing the region.

RJ being nominated as an official carrier is further testament to the national carrier’s reputation as a quality-service airline that offers a wide route of network and extends facilities to a large number of participants, and an added seal of approval from the forum organisers.

The partnership between the WEF and RJ enables participants to enjoy several benefits and services, in addition to the facilities extended at Queen Alia International Airport.