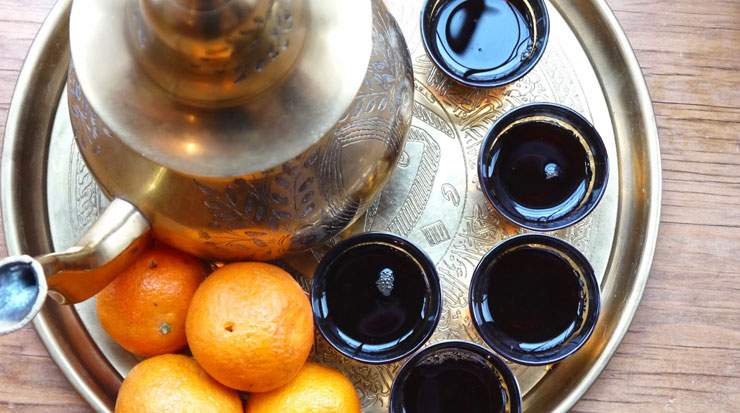 Since 2015, Egypt has been investing heavily in airport security and implementing tighter security measures at airports.

Moreover, Egypt's Ministry of Tourism announced in 2016 its ambitious 6x6 Tourism Impact Plan. Six main priorities have been highlighted in the strategy.

These include working more closely with international partners, developing additional flight options on EgyptAir and charter airlines, supporting innovative local and international investors in the industry, upgrading product and service levels across facilities, and promoting the growing trend in Egyptian tourism of sustainable, eco-friendly accommodation and activities.

On top of that, the Central Bank of Egypt (CBE) also launched a year-long initiative to support the sector by accepting deferral requests from the tourism industry to banks for up to three years starting from 2016.

As part of the plan, the CBE set up a special unit to restructure the sector's debts.

Mean-while, the Egyptian Tourism Authority has recently approved an increase in incentives for charter airlines for every flight carrying a certain number of passengers on international flights coming to Luxor, Aswan, Marsa Matrouh, Taba and Alamein.

Being part of the authority's efforts to revive tourism in the country, along with local and international tourism campaigns and the tightening of security procedures, the announcements came on the sidelines of this year's WTM London.

During the international travel show, an Egyptian delegation of tourism representatives met with UK tour operators, as well as German operator FIT to discuss increasing flights to popular destinations including Hurghada, Luxor and Marsha Alam.

Meanwhile, Thomas Cook unveiled plans to run flights from the UK to Egypt due to an increase in demand from British customers who see the country again as an attractive and safe holiday destination.

According to media statements, the company aims to organise flights to Egypt as there is advice from the UK Foreign Office that travel is permitted to the country.

Recognising the crucial role of the country's flag carrier, Ditel, pinpointed, "EgyprAir has a major opportunity to facilitate the process of filling the gap caused by the lack of flights from international carriers-which due to the decrease demand, have reduced if not cancel their scheduled flights."

Family tourism is one of the largest and most constant markets for the tourism industry and as the majority of tourism stakeholders support, Egypt in particular has immerse potentials to attract this segment of travellers.

Whether you go for winter sun on the Red Sea Riviera, to see the Pyramids at Giza or explore ancient Cairo, family holidays in Egypt are awe-inspiring and magical not only for children but also for all family member. Nearly all children will cover Egypt at school and have their imagination stoked by stories and pictures.

"Egypt is considered the number one in terms of family tourism destinations in the Middle East and Africa," enthused, Assem, and added, "Egypt developed its all inclusive concept with ice-cream, drinks and snacks all day long, in addition to aqua parks, safaris, camel rides, kids activities offered in all hotels in addition to sliding, kids shows, kids go karting […]."

Interestingly, Ditel revealed that several family members visiting the resort disclosed that a family holiday focussing on snorkelling and diving activities has a major impact in improving family relations.

While emphasising that Sharm El Sheikh is perfectly equipped to fulfil the holiday needs of different family members, Ditel underlined, "Scuba diving, similarly to other outdoor activities, has the magic power of building and reinforcing existing family bonds as it imparts the wonderful experience of sharing extraordinary moments in a non-common environment."

Apart from promoting the country's globally admired cultural and historical heritage, which has been a magnet for travellers for many decades, industry players are branching out to alternative segments, aiming to inspire non-traditional visitors though diversified offerings, including MICE, sports tourism, medical and ecotourism.

Highlighting the potential of diving-tourism, Ditel, emphasised, "Snorkelling and scuba diving industry has an underestimated potential which if addressed properly could represent one of the main factors to help the tourism sector in Egypt, not only to go back to its former glory but actually to improve and move towards the direction of more quality than quantity."

With the government's commitment to revive the industry through investment in both conventional and niche tourism, and its efforts to promote the country as an attractive destination for all, there is plenty of scope for long-term growth.