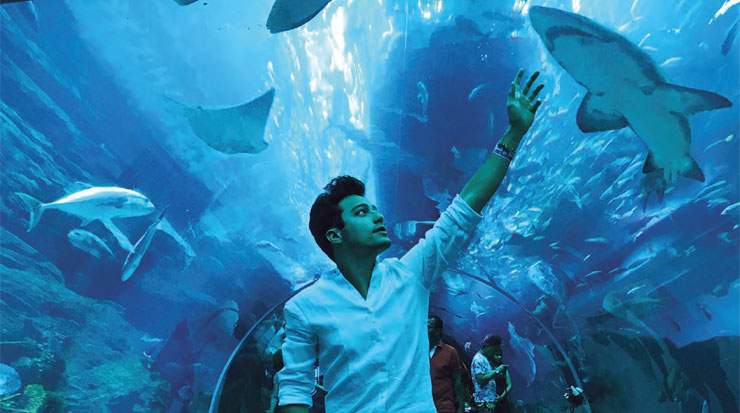 AS THE WORLD’S FOURTH MOST VISITED DESTINATION IN 2016, DUBAI IS A METROPOLIS ON EVERY TRAVELLER’S BUCKET LIST.

SEEKING TO CAPITALISE ON ITS DIVERSE OFFERINGS AND SHEER IMMENSITY, DUBAI HAS IDENTIFIED REPEAT VISITORS AS ONE OF ITS KEY TARGET MARKETS.

In the first half of the year (H1), Dubai welcomed a total of 8.06 million international overnight tourists, an impressive 10.6 percent year-on-year increase, according to Dubai Department of Tourism and Commerce Marketing (DTCM).

While this is edging closer to the emirate’s ambitious target of attracting 20 million annual arrivals by 2020, as outlined in its Tourism Vision 2020, there is still significant progress to be made.

As the city develops in line with the influx of tourists, its hospitality offering has also grown. By the end of June, Dubai’s room inventory stood at 104,138 units across 676 properties, a rise of five percent over the same period in 2016.

Although necessary to meet the upcoming demand, the surge of new addresses has put pressure on hoteliers.

Corroborating DTCM’s report of an overall one percent climb in occupancy to 79 percent, Ammar Hilal, general manager, Fairmont Dubai, noted that despite the increase in this measure, hoteliers’ have had to overcome the rise in hotel inventory with lower average room rates.
However, this is not the case for all.

Wael El Behi, general manager, First Central Hotel Suites, commented, “H1 was as per our expectation, where we achieved exactly out budget in terms of total revenue with an increase of six percent in net operating profit compared to 2016 [...].”

With the opening of three new addresses in H1, and a further six developments announced, Emaar Hospitality Group also enjoyed a fruitful start to the year.

Moreover, he added that occupancy levels stood at an average of 82 percent, and room revenues soared 19 percent to AED337 million (USD91.74 million).

Until recently, Dubai had garnered a reputation of being an extravagant destination, with an abundance of international luxury brands.

As the emirate diversifies, paving the way to welcome mass markets with an affluent middle class such as China and India, mid-market hotels have taken a larger share of the market.

With its 2020 target of 20 million annual arrivals, Dubai has pulled out all the stops to lure back visitors time and time again.

Thanks to the implementation of visa on arrival for Chinese and Russian tourists, these feeder markets are set to soar.

More diverse source markets bring a broader variety of needs, especially when personalisation is more appreciated than ever before.

Speaking in agreement, Harnisch expounded, “There is no one size fits all to define the expectations to guests, more so because they are all so diverse in their interests.

Business travellers would expect all the amenities that make their stay seamless, while leisure guests seek memorable lifestyle experiences.”

However, Harnisch added that Emaar Hospitality Group has developed programmes to serve the specific needs of Chinese, Indian, and Russian travellers, a sign of the impact these feeder markets are expected to have on tourism in Dubai.

As well as new source markets, the demographics of travellers have changed.

Although noting that two thirds of leisure guests are families with kids, Shahzad Butt, general manager, Ramada Downtown Dubai, disclosed that the number of millennials visiting the emirate is soaring and they now account for around a third of all visitors.

In terms of their expectations, he elaborated, “They are more tech and social media savvy, so we have to make sure that their needs are covered by providing them with fast connectivity as well as amenities and services 10that are worth sharing on social media.”

Echoing this sentiment, Mark Deere, general manager, Amwaj Rotana – JBR, pinpointed, “We have noticed an increase in a new category of travellers who are younger, design-conscious, adventurous, and technologically savvy.”

As a result, hotels have had evolve to meet the changing demands of guests, with expectations including fast complimentary Wi-Fi as a minimum requirement.