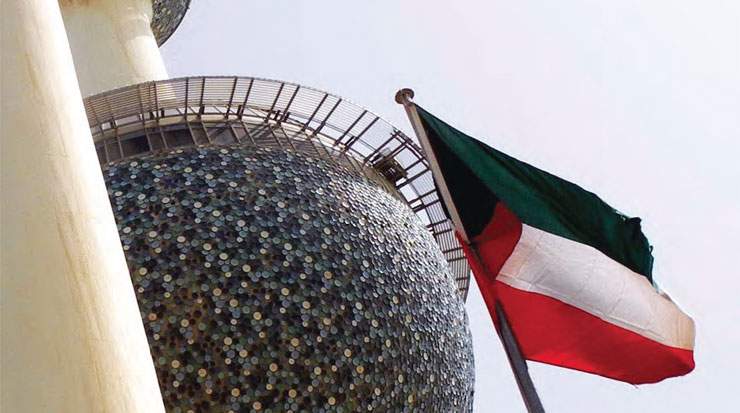 KUWAIT: On the Right Track (Part 1)

WITH A TOURISM INDUSTRY PROPPED UP BY BUSINESS TRAVEL, KUWAIT IS NOT TRADITIONALLY KNOWN AS A LEISURE DESTINATION.

AS THE GOVERNMENT PREPARES TO IMPLEMENT A USD1 BILLION INVESTMENT TO PROMOTE AND DIVERSIFY THE GULF COUNTRY’S OFFERING, TOURISM IS ABOUT TO COME TO LIFE.

According to Euromonitor, Kuwait is one of the smallest tourism markets in the Middle East, primarily relying on visitors from Saudi Arabia, its largest source market.

However, the country has big plans to grow its tourism industry, including the expansion of its airport, creating new attractions and welcoming the construction of international hotel brands.

As revealed at Arabian Travel Market, the Kuwaiti government has earmarked USD1 billion to invest into making the country a tourism hotspot, with the aim of attracting 440,000 arrivals a year by 2024.

Aspiring to diversify its offerings to attract more leisure visitors, there are also plans to establish a Supreme Commission for Tourism to implement its strategy.

Currently, the leisure segment accounts for just a small proportion of Kuwait’s tourism industry. As revealed by Wajdy ElChaar, general manager, Mövenpick Hotel Kuwait, just 25 percent of the property’s guests are leisure tourists, with the remaining 75 percent staying for business.

As a result, Kuwait’s hospitality sector has been heavily influenced by the plummet in oil prices. Consequently, ElChaar noted that the hotel has observed a minor fall in business in the first half of the year (H1).

Also pinpointing that the majority of guests are corporate travellers, Jubran Ibrahim, director, sales and marketing, Radisson Blu Hotel, Kuwait, outlined that H1 was challenging due to regional political issues which put higher pressure on rates, further exacerbated by the government tariffs on electricity and water.

Meanwhile, a number of new hotels have opened in preparation for the expected influx of visitors.

While this indicates confidence in what is to come, it has nevertheless put some strain on hoteliers.

Khadija Meftah, cluster director, marketing communications, Kuwait, Marriott International, clarified, “[The tough H1] was mainly due to the oversupply in the market with all the new hotels that are opening and the huge drops in oil prices.”

Michael Nielsen, resident manager, INN & GO Kuwait Plaza Hotel, explained that while Egypt and India are important source markets in terms of business guests, the hotel was able to achieve the same level of business in H1 thanks to the number of inbound Saudi travellers, thus reaffirming the market’s vital role in maintaining tourism levels in Kuwait.

FROM BUSINESS TO PLEASURE

Further confirming that the Gulf country remains largely a business destination, Peter Schuler, general manager, Symphony Style Hotel Kuwait, elaborated that the hotel’s main source market continues to be GCC corporate globetrotters. Even so, Schuler added, “However, this year we have seen a rise in the number of leisure travellers choosing to stay with us, particularly families.”

This success is a direct result of the property’s concerted efforts to target the segment, which involves ensuring the availability of connecting rooms and dedicated spaces for youngsters.

Going above and beyond, Schuler expounded, “We converted the third and fourth floors of the hotel into Kids’ and Teen Floors to improve our entertainment offering for younger guests – a first for Kuwait.”

Corroborating the significance of families, Meftah pinpointed that 90 percent of all leisure travellers are families, with an average of two kids. “When it comes to leisure, the main source is GCC countries, especially Saudi Arabia,” revealed Meftah.

As a sector that is expected to soar, investors are creating hospitality projects to meet all the needs of families. Along with describing Kuwait as a safe country that improves and enhances its security measures, Ibrahim added, “New family resorts are [being] added to the current ones and built for family leisure purposes.”