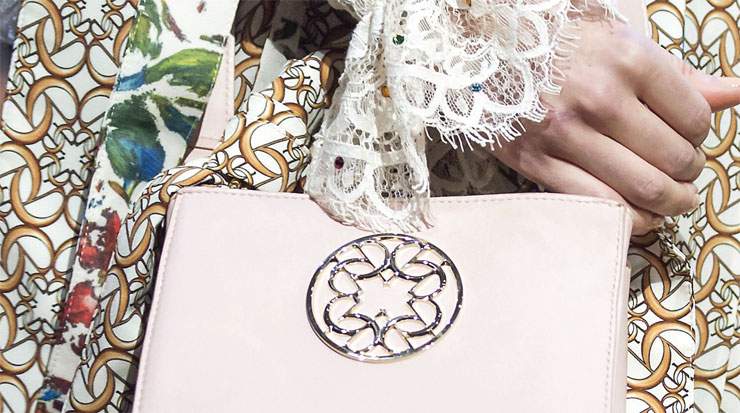 LEBANON’S FREE-SPIRITED CULTURE INSPIRES THE INNOVATION OF NEW TRENDS. NOWADAYS, THE LEBANESE TOURISM AUTHORITIES ARE PRIORITISING FASHION AS IT IS INCREASINGLY BECOMING A REASON WHY TRAVELLERS CHOOSE THE COUNTRY AS THEIR DESTINATION OF CHOICE.

Following several recent regional challenges, Lebanon may have unfairly been cast as a destination nestled within a politically unstable region, however, a new chapter for the country is seeing its incredible tourism industry flourishing year after year, according to Joyce Mouawad, corporate sales and marketing director, Le Royal Hotel Management Company.

Lebanon is a world-renowned destination for tourism being able to cater to travellers seeking different and unique experiences. Included among such options is the country’s growing fashion tourism industry. People from all around the world are increasingly flocking to the country to experience the Paris of the Middle East. Echoing this statement, Cynthia Flouty, director, sales and marketing, Mövenpick Hotel Beirut, said, travellers are coming from all around the world.

Lebanon has often been described as the region’s fashion exemplar. Worldwide, fashion-conscious people eagerly await to see the trends emerging from the Middle East’s most distinctive fashion capital. In fact, Flouty, describes, “When it comes to fashion, no other Middle Eastern city can be approximated to France quite like Beirut.”

Yearly, the country is flooded with fashion stakeholders with varying priorities. Some visit Lebanon for leisure – such as to note down the catwalk’s new trends, or for business – to showcase their designs and brands. Cecilia Slim, senior marketing executive, Riviera Hotel and Beach Lounge, stated that all top designers consider the Lebanese market as one of their top priorities.

Corroborating with the idea, Hadi El Medawar, director of sales, Staybridge Suites Beirut, enthused, “Hosted buyers from different countries are present during Beirut fashion week. It is a good opportunity for mutual business between Lebanon and foreign countries.”

This shows that not only does Fashion Week attract travellers to the country but it also provides Lebanon with a solid business platform, to build relations with several multinational companies and to enhance the country’s economic level.
Specifically, people are now travelling to the country to embrace the Lebanese fashion experience. In the light of this, Mouawad highlighted that to feel it you have to live it.

Flouty evaluates the country’s freedom as a relevant factor to the growing fashion tourism industry by adding, “The relative freedom experienced in the Lebanese capital has made it a centre for creative types and innovators.”

Significantly, Lebanon’s association with fashion was entrenched post-World War II when the country became a French colony. “With all the cultural clashes that come with such an occupation, Lebanon quickly became a hub for business, culture and fashion,” explained Flouty.

Influenced by other countries’ traditions and styles, Lebanon now has its own unique sense of style. Fashion is part of the country’s identity. To elucidate, Mouawad even described fashion as part of this diversified culture.

It seems that the Arabian world is captivated by the culture of Lebanese fashion. “Middle Eastern travellers are still the biggest number of visitors for fashion,” according to Aline Ghamem, managing director, Exclusive Services Group. As a matter of fact, Ghamem believes that all regional celebrations involve a Lebanese fashion designer, showing that the country’s fashion talents are seen throughout the region.

Substantially, European and Hollywood celebrity events also show their love for the Lebanese way of fashion as Ghamem pinpointed that every red carpet event features a big number of famous Lebanese designers’ pieces.

Lebanon is influencing fashion-forward people everywhere. Through the connections and associations it has created with the general fashion world, Lebanon has created its own microcosm of fashion tourism.