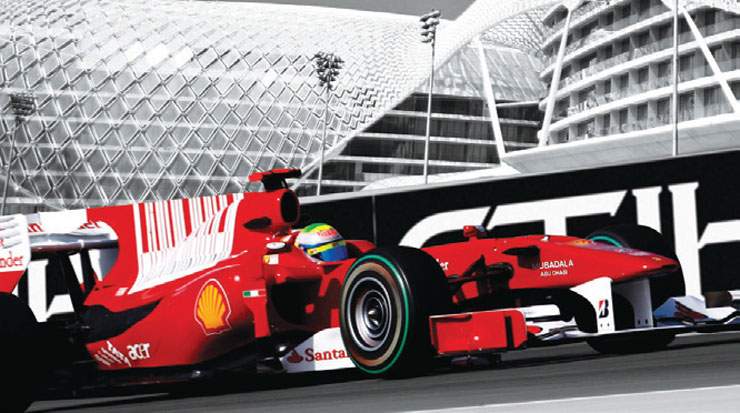 This growth continued into the beginning of this year, with a 15 percent or higher footfall increase nearly every day since January. “While we do not attribute our success to sports tourism, we definitely see a correlation in the number of tourists visiting the mall in line with these sporting events happening in the capital, and of course we see this as a positive sign for our business, and also the wider market in general,” outlined Copenhaver.

George Tahhan, executive assistant manager, Corniche Hotel Abu Dhabi suggested that the existing momentum could be developed further by having events regularly conducted each month to help keep the city busy all-year-round. “These should involve all different types of sports that can be held in summer, winter and all through the year, ideally on weekends, and in various parts of the city,” remarked Tahhan.

Hatton suggested that there was scope for more collaboration between the stakeholders, including, hotels, airlines, travel agents and local authorities to promote the destination internationally while events currently take place. “It will provide a concrete base or buffer to the city that is currently reeling under the pressure of oversupply and limited demand,” added Hatton.

Looking ahead to upcoming sporting events that stakeholders are looking forward to, these include the 2019 Special Olympic World Games and AFC Asian Cup UAE 2019.

According to Hatton, F1 has undoubtedly been the most successful sporting event in recent times. “Trailing closely, Mubadala World Tennis Championship has also been able to draw crowds over the last couple of years,” continued Hatton. “The likes of Roger Federer, Rafael Nadal, Serena Williams, among other tennis stars, have awed the audience in the past with their striking knocks on Abu Dhabi soil. The recently concluded HSBC Golf Championship has also been a success,” outlined Hatton.

Meanwhile, according to Nicolas, significant sporting events include the recently held MENA Special Olympics Regional Games, held between 14 – 23 March this year, when more than 1,200 athletes from 33 countries were anticipated to converge to the UAE capital. “[Additionally], the 2019 Special Olympic World Games will see the biggest humanitarian sporting event take place in the capital. The event is estimated to have 7,000 participants from 170 countries,” noted Nicolas.

Abu Dhabi is also a good place to be if you want to actually engage in sport instead of just watching it. The emirate’s official visitor website for travel and tourism information, Visit Abu Dhabi, has devoted a section of its online portal to golf, for example. With fabulous courses carved out of the desert and along spectacular coastlines, diversity of experiences characterise Abu Dhabi’s great golf offering – guests can play a different course for a totally different experience every day for five days, the site notes.

Other sporting choices, include; horse riding; cycling, especially since a fun and healthy way to tour the Corniche is to hire a bicycle; shooting at a choice of facilities throughout the emirate; bowling at some of the malls or other dedicated facilities; and even ice-skating at a number of indoor rinks.

When its time to cool down, visitors need look no further than Abu Dhabi’s sailing, wakeboarding, waterskiing and kneeboarding cable ski parks. The emirate also boasts what it calls the region’s first man-made white water rafting, kayaking and surf facility, located in the foothills of Jebel Hafeet heights. Many good scuba diving and snorkelling sites are also easily accessible from Abu Dhabi, including wreck or deep water dives and reef dives. It is possible to dive year-round in the emirate’s warm seas, and, according to Visit Abu Dhabi, there’s a rich abundance of marine life, including barracuda, spotted eagle rays, stingrays, and more.