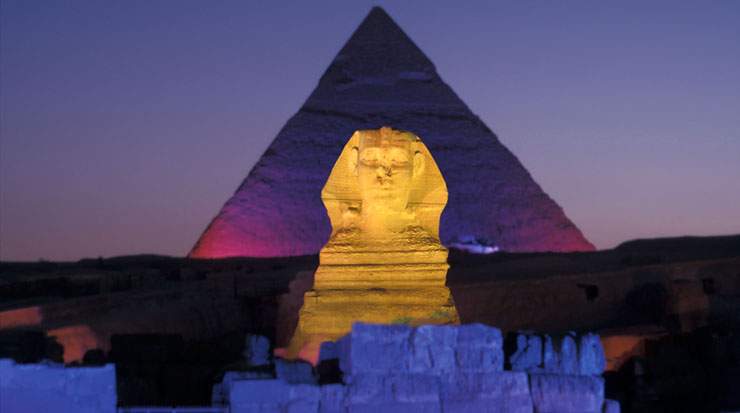 COMPLIMENTING ITS ALLURING PULL AS A RICH HISTORICAL AND CULTURURAL DESTINATION, EGYPT IS ALSO A TOP CHOICE FOR THOSE SEEKING TO UNWIND AND THOSE SEARCHING FOR THE ULTIMATE THRILL.

VISITORS NOW HAVE MORE OPPORTUNITIES THAN EVER TO EXPLORE THE COUNTRY’S POSSIBILITIES THROUGH A JOURNEY OF LEISURE AND ACTIVITIES.

Globally recognised as one of the world’s richest countries, in terms of history and culture, Egypt attracts millions of tourists each and every year who want to travel back in time, where an ancient civilisation once thrived, leaving behind a rich cultural heritage.
Even though the country has faced a decrease in visitors over the last years, due to unfortunate domestic events, the government has persisted with its tourism investment, in order to minimise the damage.

Among its advertising campaigns was This is Egypt, which managed to win the Middle East’s Best Tourism Promotional Video at the World Tourism Organization’s General Assembly in China, boosting visitor flow into the country.

One of the key messages highlighted within the award-winning campaign, was the country’s vast and varied leisure offering, including; cruising activities, diving amongst the corals, golf, MICE facilities, family travel and sports tourism.

Recent reports from World Travel & Tourism Council (WTTC) revealed that the direct contribution of travel and tourism to Egypt’s GDP was EGP87.4 billion (USD8.7 billion), or 3.2 percent of total GDP in 2016, which also rose by 2.5 percent
in 2017.

WTTC also announced that by 2027, total contribution of travel and tourism for Egypt will rise by 6.1 percent per annum to EGP355.6 billion (USD35.4 billion), or 8.9 percent of GDP.

Egypt’s main feeder market is mainly travellers from the GCC countries, however, the country has also proven popular among European travellers.

As for the business tourism sector, the corporate segment witnessed a huge comeback.

With the main feeder market [...] being the GCC region, it constitutes around 40 percent of our guests’ nationalities [...].”

“Egypt is a family destination first of all. Most our guests are coming with families and kids, […],” added Kozyreva.