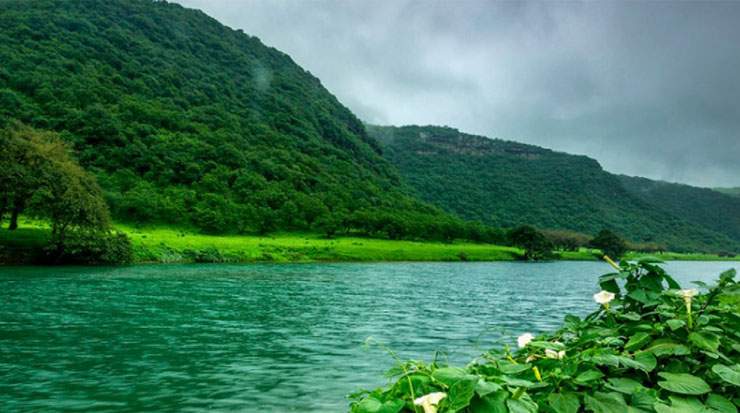 Stakeholders agree on the importance of Oman’s heritage sites within its tourism offering, wherever visitors are coming from.

Darwin noted travellers are increasingly looking to experience new culture, adventure and authentic experiences as part of their holidays and Oman’s rich heritage and stunning mountainous terrain certainly appeals to the intrepid traveller and helps Oman stand out amongst other popular tourist destinations in the region. Hewitson mentioned that his resort is directly next to Al Baleed Archaeological Park and Museum of the Land of Frankincense, adding Salalah’s history was rooted in the frankincense trade which can be retraced through the various archaeological ruins and tells one of the area’s most interesting stories. Kamal suggested the UNESCO sites serve as a unique selling point, something also supported by Nader Batniji, director of sales and marketing, Radisson Blu Hotel, Sohar, who said the sites give the Sultanate an edge over and above neighbouring countries in attracting and boosting cultural and ecotourism.

Hewitson added that he believes what makes Oman so special, is that the culture is still so alive through the people and, of course, the preservation of dedicated sites and traditional architecture. “While other destinations in the Middle East have developed at a rapid pace, Oman still emulates the true spirit of Arabia.” He added that the government and tourism and culture stakeholders recognise this, and are dedicated to the restoration and maintenance of the country’s archaeological gems, such as castles, forts and mosques. The addition of new visitor centres at Sumhuram archaeological site and the Lost City of Ubar show that preserving these types of heritage sites remains a focus of the overall tourism objectives, Hewitson added.

Supporting this, Kamal noted Oman’s ministry of tourism, in collaboration with the culture stakeholders, has organised a series of related workshops and seminars and effort was being made to educate guests on what not to do when visiting sites. Nuno Neves, cluster general manager, Park Inn by Radisson Muscat, Park Inn by Radisson Hotel & Residence Duqm noted that it was important for new generations, like millenials, to have a sense of the past.

Stakeholders also have plenty ideas on what visitors should be sure to see. Darwin suggests guests climb to the top of the ancient city of Nizwa for a bird’s-eye view of the crenulated roofs of what was once a centre for trade and Islamic studies.

There is also an opportunity to delve into the local way of life by visiting the locations fascinating souk, renowned for its Friday cattle auction, and ornamental silver jewellery. The Bahla Fort and Birkat Al-Mouz provide insight into ancient Omani settlements, exhibiting examples of the water engineering skill of the early inhabitants for agricultural and domestic purposes, Darwin said. Birkat Al-Mouz boasts the Aflaj Irrigation system, a central component of Omani history, which has allowed life to flourish in the otherwise arid desert environment.

Jabal Shams, translated as the Sun Mountain, is the highest point in the GCC, at just over 3,000 m and is perfect for the more active explorer, boasting impressive views of Wadi A'Nakhr Gorge, which has been labelled, The Grand Canyon of Arabia, suggested by Darwin. Hewitson proposed the Museum of the Land of Frankincense for its collection of artefacts that paint a vivid picture of Oman’s long historical legacy and maritime heritage. Kamal noted Salalah is also known as the land of frankincense. This was a major export from the region in the past. The ancient trade route can be learnt from a visit to the Al Baleed Museum which is part of the Land of Frankincense UNESCO world heritage site. Other areas of interest include Khor Rori, Wadi Dawka, and Wubar which are key areas of frankincense harvest.

Lastly, Kamal suggests Samharam port, which is located east of Salalah in the region located between Taqah and Mirbat. It acquired fame and significance in ancient times as the jars of Omani frankincense bound to Balqees the Queen of Sheba were loaded from Samharam Port. Neves, referencing Oman’s tourism ministry slogan, Beauty has an address, recommends the Muttrah Souq, Nizwa Port, the Rock Garden in Duqm famous for rock formations and Sultan Qaboos Grand Mosque.

A trip is never complete with a little shopping for local delights and souvenirs. Darwin suggests visitors make a stop at Nizwa Souk, steeped in history and renowned for its silver jewellery, which is considered to be the best in the country, in particular, it’s intricate hand-carved Khanjars (curved tribal daggers), which feature distinctive style and patterns. Copper ware, coffee pots, swords, leather goods, pottery can also be purchased here, along with local fruits, vegetables, spices, meat and fish.

Those visiting between March and May can experience the beauty of Damask roses in bloom and discover everything there is to know about the rose water of Al Jabal Al Akhdar, visit a traditional distillery and purchase the area’s famous Rose Potion. The frankincense Salalah is known for, is another must, according to Hewitson, available in actual resin or products from soaps and oils to edible products like gum and mouthwash. Kamal said a visit to Salalah is not complete without spending a few hours exploring Haffa Souk, the largest and oldest souk in Salalah, where guests are spoilt for choice on frankincense options. Batniji suggests a souvenir from one of Oman’s famous forts while Neves proposes Omani coffee and Halwa sweets.