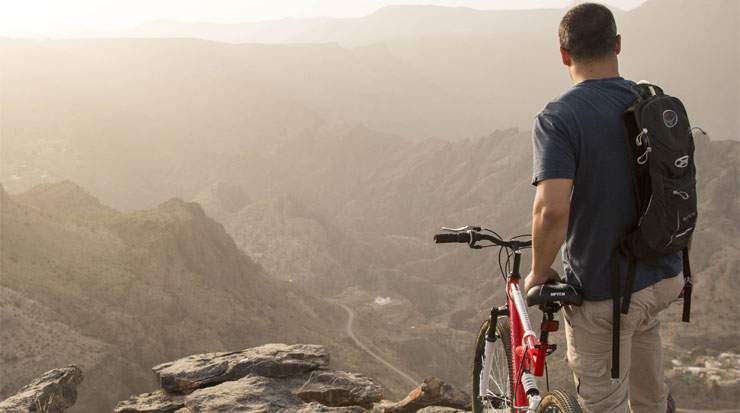 OMAN: History in the Making (Part 1)

AMIDST A NATIONAL TOURISM STRATEGY (NTS) AIMING TO DOUBLE THE NUMBER OF INTERNATIONAL TOURIST ARRIVALS BY 2020, OMAN CONTINUES TO DIVERSIFY ITS OFFERING SHOWCASING ITS UNIQUE CULTURAL HERITAGE AND DIVERSE SHOPPING OPPORTUNITIES.

The four World Heritage Sites, namely Aflaj Irrigation Systems of Oman, the archaeological sites of Bat, Al-Khutm and Al-Ayn, Bahla Fort, and Land of Frankincense, are regularly cited by local tourism stakeholders as must-see places to visit. Souvenirs from these locations also make up a significant portion of the diverse selection of products to purchase while visiting Oman’s traditional souks and modern shopping malls.

According to WTTC’s Travel & Tourism Economic Impact report on the country for 2017, travel and tourism’s direct contribution to Oman’s GDP reached 3.2 percent in 2016 when total contribution stood at 7.3 percent.

As reported by Oxford Business Group, Oman in early 2016 unveiled its NTS, including the aim to double the number of international tourist arrivals by 2020.

If the goal is met, the sector’s contribution to annual GDP is expected to grow to more than six percent, up from the 2.6 percent reported in 2015, Oxford Business Group indicated.

It went on that the initiative also calls for the development of 14 tourism clusters in the hope of attracting more tourists and encouraging them to stay longer.

Areas of natural interest in the country’s mountains and deserts, existing tourist spots, such as the Musandam peninsula in the north and the frankincense trail in Salalah, as well as deep-rooted cultural areas throughout the capital city have been earmarked for development. The first stage, between 2016 to 2020, aims at adding 5,620 new hotel rooms and generate 76,384 direct jobs. The second phase, between 2021 and 2030, will bring the total number of hotel rooms to 15,419 and create 126,900 more direct jobs; while the third will see hotel room supply rise to 29,596 and direct employment for another 242,900 people created between 2031 and 2040, according to Oxford Business Group.

According to this report, the NTS plan is estimated to cost around OMR13.48 billion (USD35 billion,) with the government aiming to attract 88 percent of this investment from the private sector. All indicating that many private sector stakeholders reported a good 2017 and a positive outlook for this year.

Visitors to Oman come around the region and the world with Darwin reporting an increase in guests from Russia, India and China over the past years, thanks to the introduction of a more simplified visa process. Germany is cited by Kamal as a significant feeder market, closely followed by Italy, Poland and Slovakia.

Hewitson noted, “From around June to September is our famous monsoon season known as Khareef, where the cooler temperatures and misty weather attract those wanting to escape the heat of the rest of the Middle East. The precipitation during Khareef, also leads way to some of the most beautiful landscapes of lush, green mountains, flowing rivers and waterfalls. From September to May, we are fortunate to have near perfect weather, which has attracted a lot of European visitors looking for beach and sun.” Most agree that the GCC and Europe remain their main focus.