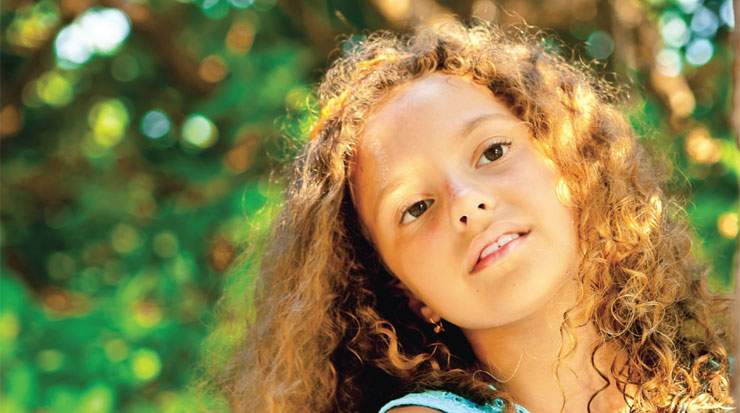 THE MALDIVES: Raising the Bar of Family Vacations (Part 1)

BOASTING SIGNIFICANT CULTURAL SIMILARITIES WITH THE MIDDLE EAST, THE MALDIVES HAS PROVEN TO BE AN EXTREMELY WELCOMING RETREAT FOR DISCERNING ARAB GLOBETROTTERS.

WITH THE CONCEPT OF COMBINING ITS RENOWNED TRANQUILITY AND INTIMACY WITH THE PRESENCE OF CHILDREN, THE ISLANDS ARE ENJOYING RISING POPULARITY AS AN EXCLUSIVE FAMILY HIDEAWAY.

Moving away from its stereotyped profile as a destination of choice mainly for honeymooners and romantic escape-seekers, the Maldives prides itself on becoming one of the most unique locations for family holidays with children.

Maldives Marketing & Public Relations Corporation (MMPRC) promotes the destination as an outdoor adventure playground for kids, while bringing the unparalleled experience of an all-inclusive private island gateway for all family members to enjoy.

Representing one of the most well-connected regions to the Maldives, the Middle East holds significant potential as the destination’s main source market with the latest tourism arrivals confirming such status.

These positive figures may indicate successful outcomes of the MMPRC’s promotional initiatives in the region, such as its participation at this year’s Arabian Travel Market, where 59 Maldivian tourism companies with over 125 team members represented the destination with the slogan Maldives…the sunny side of life.

Local experienced hoteliers have observed a promising upward trajectory of Middle Eastern bookings at their establishments.

This has been largely due to the success and popularity of the resorts in the Middle East, with plenty of happy guests who return to us almost every quarter.”

Confirming a similar tendency and attributing their satisfactory numbers to the outcomes of the company’s GCC-targeted promotion, Ricardo Leal, general manager, Hideaway Beach Resort & Spa, Dhonakulhi, Maldives, revealed that the general number of Arab guests has increased over the years with an estimated jump of 60 percent, including the travelling families who began turning their attention to the Maldives from traditional holiday destinations such as Europe, Turkey or Dubai.

Nuaas Mohamed, director, sales, Gili Lankanfushi, Maldives, also clarified, “In the first and the second quarters of this year, there has been an increase [of Middle Eastern clients] of approximately five percent compared to the numbers in 2016, with some 60 percent of such guests being travelling families.”

FACTORS THAT COUNT THE MOST

Hospitality services providers collectively agree that elements such as short flying distance, privacy and safety, availability of Halal food, spacious accommodation, personalised service and variety of kids entertainment activities represent the most common requests of affluent Middle Eastern families, and where the Maldivian resorts appear to tick all the boxes. Boyankova confirmed, “Guest feedback and surveys tell us that it is our highly personalised service, focus on space and privacy and Halal food guarantee that makes our Maldivian resorts so popular with Middle Eastern families, who come back time and again.”

Nina Fleischmann-Torosyan, director, sales and marketing, Hurawalhi Island Resort, elaborated, ”Travellers from the Middle East over the past decade or so, have become some of the most affluent and well-travelled globally.

As such, their demands are changing and we see that they yearn for unique experiences, personalised service, warm and well-trained staff as well as of course a high standard of food offerings as well as a private and comfortable accommodation.”

She further revealed that although the resort almost entirely targets honeymooners, the hotelier has identified the destination’s appeal for the family segment, therefore its upcoming sister property Kudadoo Maldives Private Island by Hurawalhi, slated to open later this year, will aim to set a new benchmark as a high-end family retreat.

Among the aforementioned factors, smooth and convenient travel is considered a key decision-making incentive encouraging Middle Eastern travellers to opt for the Maldives as an exotic family gataway.

While confirming rising popularity of flydubai’s six-weekly Dubai – Malé schedule since its inception in 2013, Daniya Zaynullina, senior press officer, flydubai, recommended that travelling families upgrade their bookings to business class, which guarantees hassle-free travel and enhanced experience with improved onboard comfort and entertainment, as well as faster processing at Dubai International and extra pampering at the dedicated business lounge.