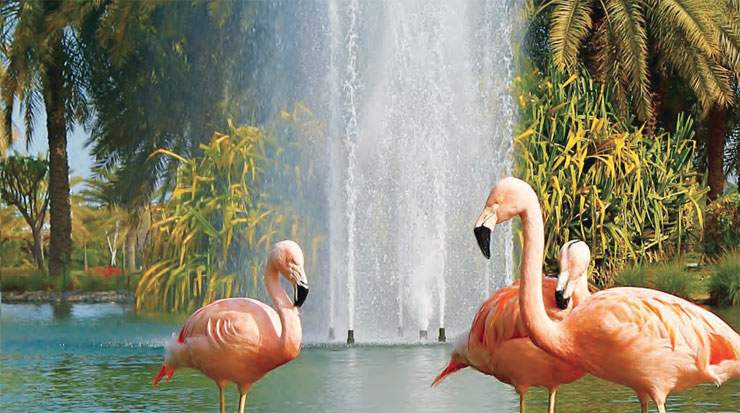 HAVING IDENTIFIED THE IMPORTANCE OF AUTHENTIC EXPERIENCES, BAHRAIN'S TOURISM SECTOR IS SET TO BENEFIT FROM THE OUTCOME OF THE INDUSTRY’S ONGOING EFFORTS TO TRANSFORM THE DESTINATION INTO A WORLD-RENOWNED HUB, WITH UNIQUE ACTIVITIES INSPIRED BY THE REGION’S DISTINCTIVE CHARACTERISTICS.

Standing out among Gulf destinations as the Pearl of Arabia, Bahrain attracts not only business tourism but travellers seeking authentic experiences.

At a time when experiential tourism and authenticity have become the main buzzwords among travel communities, with globetrotters hungry to explore the destinations through the eyes of locals, Bahrain’s tourism brand Ours Yours is well-suited to meet such demand.

Kyriakos Zarkadas, CEO, Visit Bahrain, summarised what defines experiential tourism, “It is not about just visiting famous spots, it is about discovering the story behind them and emerging in a world that can capture the entire imagination.”

Speaking about why Bahrain stands out from other Middle Eastern destinations luring visitors with a plethora of authentic offerings, he elaborated, “What sets Bahrain apart, in essence, is its open and liberal culture that embraces new trends without forgetting its heritage roots.

Here, tourists can discover genuine traditional activities while also benefitting from the modern entertainment variety in a set-up that combines mystery with a fantastic atmosphere.”

Demonstrating the Kingdom’s rising status, Bahrain Tourism and Exhibitions Authority (BTEA) revealed that in the first half of this year (H1), the country welcomed 5.6 million visitors, a 14 percent increase year-on-year of these, 57 percent of travellers visited the destination for leisure, showcasing its appeal as a holiday gateway.

Zarkadas elaborated, “This steady growth is a result of an improved perception about Bahrain, which is now seen as a very attractive tourist destination. Owing to this change, the Kingdom […] continues to attract more travellers who now find it a stress-free destination.”

While the majority of travellers managed to unwind on holidays with travel numbers soaring overall, Bahraini hoteliers and service providers faced multiple challenges with mixed results in H1.

Underscoring the negative impact of higher operating expenses, including rising costs of supplies and commodities, with the drop in oil prices and government fees, Stephen Havrilla, general manager, The Royal Golf Club, confirmed a 6.5 percent year-on-year downturn in general business in H1.

Adding to this, Unni Krishnan, general manager, Alraya Suites Bahrain, observed, “Many hotels were undercutting rates and new apartment concepts opened at very low monthly rates, [which] played a major role in the decline of this segment.”