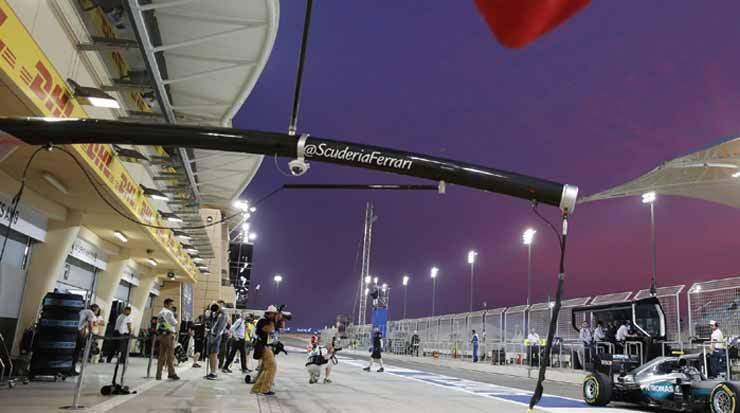 Sara Haji, assistant marketing manager, Sofitel Bahrain, Zallaq Thalassa Sea & Spa, empathised on their unique location, which is in close proximity to BIC, an ideal destination for their guests to experience the resorts facilities as well as easy access to the circuit.

"We provide shuttle transfers to and from BIC and we recently hosted the grand finale party of WEC in an open air beach party, catering over 1000 people who took part [in the event]," emphasised Haji.

Focussing on the importance of sports tourism to their business, Abu Omar, stated that they have special package deals, and cater for this segment with special menus and promotions for sports teams. "In 2015, we hosed The 26th Ordinary Asian Football Confederation Congress at the Gulf Convention Center."

BIC WHAT TO EXPECT

F1 as the main event in Bahrain's promising sports status, through the years has encouraged more sports events and expos to choose the destination as their host country.

BIC also intends to expand its Saqir facility significantly in the coming decades, and began the construction works in 2015.

The development consists of one million m2 light-medium industrial park focused on the automotive industry, as well as a convention centre.

As part of the effort to expand its leisure offerings to locals and tourists, the facility includes retail space, a cinema, restaurants, cafes and either one or two hotels.

After Bahrain was entitled to host the F1, Abu Dhabi followed in 2009.

This achievement has given new opportunities to the region by complementing the country's existing race and helping to foster the development of a racing culture in the GCC, significantly increasing the media coverage of the event.

Following this, BIC hosted the FIA F1 World Championship, the Australian V8 Supercar Championship Series, the Chevrolet Lumina Series, an edition of the GP2 Series and several endurance motor-racing events, which included 6 Hours of Bahrain and the WEC.

Haji stated that the hotel has worked with major sports companies and personalities especially from the European racing world and high-end car manufacturers such as Ferrari, Porsche, Maclaren.

These companies invite their groups from Europe to test drive or take part in competitions at BIC.

"As we are a French brand hotel, we are an ideal choice for luxury stay and for easy access to BIC," noted, Haji.

Haj Ali also noted that they always consider the sports events and plan accordingly as it is one of the important segments that attract traffic.

"We are in contact with different sectors responsible for organising sports events and handling their bookings especially BIC, and all sports federations and the Bahrain Olympic committee," concluded Haj Ali.

In addition to the automobile scene, having one of the longest traditions of golf in the Middle East, Bahrain also hosted the World Volvo Golf Championship showing the Kingdom's clear potential in the sports tourism industry.

According to Bahrain Economic & Foreign Investment Analysis, the landing of a European Seniors Tour event helped to attract a greater number of golf enthusiasts to Bahrain from the GCC area, as well as from Europe and Asia.

Commenting on this sports segment, Massetti noted," We do partnership with Royal Golf Club, whereby we package deals for guest to stay and play.

This has proved to be immensely popular with expats from Saudi Arabia," further adding, due to a big demand from the GCC, they are also finalising fishing packages.

It is worth mentioning that Bahrain also hosts the Gulf Cup of Nations since 2013, attracting more than 319,000 fans from the GCC and abroad.

There were an extra 140 flights outside of BIA's schedule, of which some 90 were on the final match day.