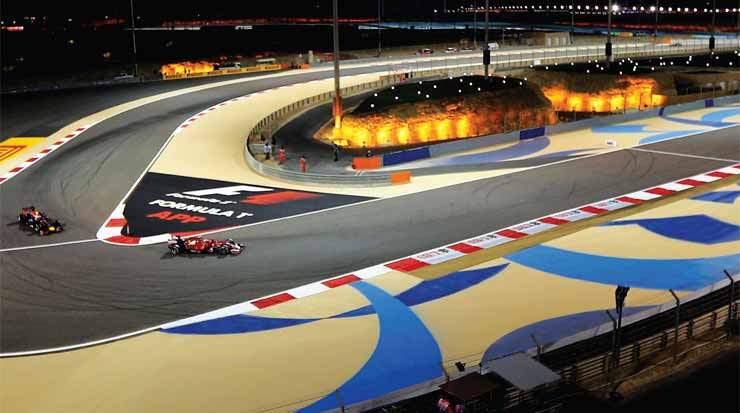 BAHRAIN: Geting In The Sports Scene

THE BAHRAIN INTERNATIONAL CIRCUIT'S WELCOME CENTRE REPORTEDLY ATTRACTS THOUSAND OF VISITORS EVERY MONTH, AS THE KINGDOM'S HOSPITALITY INDUSTRY RECEIVES GUESTS FROM ALL ACROSS THE GLOBE DURING THE EVENTS.

Bahrain was the first country within the MENA region to be granted an annual F1 event, while the Bahrain International Circuit (BIC) has witnessed the successful completion of its first ever night race event, and is a huge draw even in the off season.

The circuit reportedly attracts thousands of visitors every month, with more sports events, competitions, and forums being hosted annually, such as the Federation FIA World Endurance Championship (WEC).

Capitalising on the influx of visitors, the Kingdom's retailers, hoteliers, and tour operators get involved during such events to receive visitors from all across the globe.

Hadi Haj Ali, sales manager, Swiss-Belhotel Seef Bahrain, highlighted that they create special packages for any sports event and dedicate a full team to handle the visitors and participants in a professional manner.

"Sports tourism in one of the key factors that attracts more tourists to visit Bahrain, there are major sports events happening such as F1 and WEC that contribute mainly in boosting the occupancy level in most Bahrain hotels," added Haj Ali.

Khalil Ghanem, sales manager, NOVOTEL Bahrain Al Dana Resort, concurred, "During F1 we consider that period as high season and during the WEC we consider the period as [an] opportunity."

Ghanem further stated that for sports business they mainly receive groups during the F1, during March and April, as well as during the WEC event.

The Bahrain Tourism & Exhibitions Authority (BTEA) is in close collaboration with hotels and travel agents in a joint effort to keep Bahrain's tourism industries' on high standards.

Susy Massetti, operations manager, Palace Boutique Hotel, agreed, "We do have a great relationship with the BTEA and they are always supportive though the various initiatives they take to attract people in Bahrain," adding that the hotel see's sports tourism as a growing segment and is part of their current years marketing strategy.

Agreeing with Massetti, Brian Jospeh, director, business development and operations, Al Manzil Hotel, noted that they too work closely with BTEA, as well as with local travel agents and DMC's.

Rahim Abu Omar, general manager, Gulf Hotel, indicated that as the first legendary five-star hotel in the Kingdom, they are pleased to join BTEA in promoting tourism for Bahrain and that they work closely with them to support all kinds of activities to help promote the destination in the tourism aspect as well as economically.