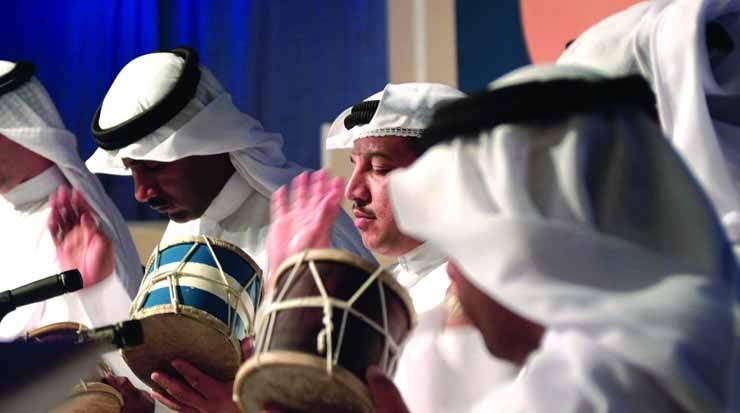 As one of the region’s commercial and financial powerhouses – which nonetheless boasts a rich cultural heritage as well – Bahrain takes pride in its global reputation, and as Lilian Roger, general manager, Downtown Rotana Manana, explained, the government has been continuously investing in sustaining this position.

“Its geographical location and pivotal placement between East and West, its liberal environment and business-friendly approach and flourishing leisure and hospitality scenes are a magnet for visitors,” Roger highlighted the destination’s competitive advantages over other regional locations, saying that those travelling from within the Middle East consider Bahrain as a weekend escape ideal for quality family entertainment.

In fact, as AlKhan revealed, in 2015, more than 6.6 million visitors arrived though King Fahd Causeway, representing over half of the total and underscoring the crucial role of regional markets.

Nevertheless, as AlKhan noted, BTEA is determined to boost arrivals via air from the current number of just under two million, as well as via the port, over the coming years.

Having said that, Saudi Arabia remains the clear leader in terms of visitor numbers, having sent some 6.9 million guests in 2015.

This was also underlined by Roger who reported high demand from the neighbouring Kingdom, followed by the UAE and Kuwait, with the six GCC states collectively accounting for 80 percent of all guests at Downtown Rotana, Manama.

“Europe is our second-largest contributor with around 12 percent. […] More recently we have seen a surge in travellers from countries in Asia, including China and Russia; these are primarily business visitors and they are keen on location, accessibility, convenience and value for money,” elaborated Roger.

Industry stakeholders are indeed increasingly looking to broaden their scope to diversify their clientele.

“We expect to see more business coming in from international markets towards the end of the year and the beginning of 2017 as the government is working hand in hand with hotels to target new markets like China and India,” explained Ramy Hamdoun, director of sales and marketing, Ramada Manama City Centre.

In fact, as AlKhan informed, in a bid to consolidate Bahrain’s presence on the global tourism map, BTEA is in the process of launching seven representative offices in key locations such as France, the UK, Germany, China, India, Russia and of course, Saudi Arabia.

Besides having a mutually beneficial and long-standing relation with Bahrain, each of these countries also welcome at least one direct flight per day from the Kingdom.

In addition to a wide range of promotional activities, the overseas stations will lay great emphasis on educating both the travel trade as well as consumers about all that the destination has to offer, including the plethora of leisure options, with the ultimate aim to further increase demand and arrivals to the country.

Following the lead of the country’s tourism organisation, hoteliers and service providers have adopted a similar strategy.

Roger for instance, revealed that although Downtown Rotana, Manama’s current guest pool is mainly associated with business, the management is keen on tapping into promising markets, such as Europe and Asia to attract more leisure visitors.

Steered by a solid and progressive vision, the government has exerted great efforts to strengthen the country’s global links and connectivity, and further improve the quality, variety as well as sophistication of cultural activities, divulged Roger, adding that at the same time – and adopting to the needs of the modern travellers – additional points of interest have been created to enhance the country’s appeal.

“[…] This ambitious road map to market Bahrain to a wider global audience, will undoubtedly have a very positive impact on the growth of the hospitality and tourism industries as well as the supporting sectors,” claimed Roger.