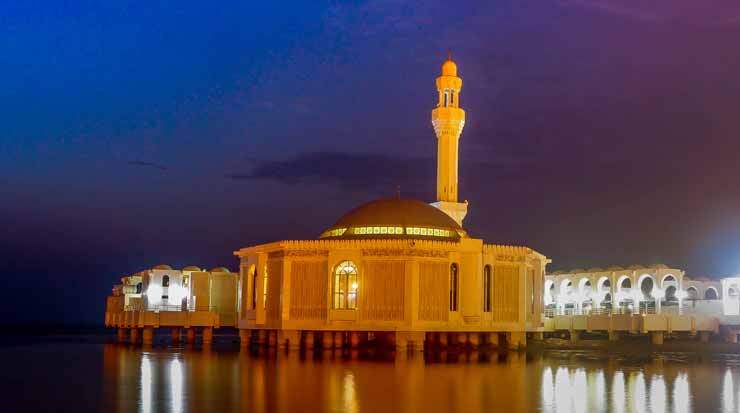 DRIVING HIGH HOTEL OCCUPANCY LEVELS THAT SURPASS THE REGION’S AVERAGE. AS A RESULT, THE DESTINATION IS GAINING POPULARITY AMONG HOTELIERS AS WELL AS MAJOR INDUSTRY PLAYERS.

Considered as the gateway to the Mecca region, Jeddah is an important hub given that pilgrims must pass through it in order to reach the Muslim world’s holiest destination, and many travellers choose to spend a few extra days in the city before heading back to their own country, as Bassam Abu Laban, hotel manager, Radisson Blu Hotel, Jeddah, informed.

“Religious tourism is an important focus for [the property] and it has been a priority for Saudi Arabia’s government over the past years, resulting in considerable investment and interest from developers and operators alike

The Holy City of Mecca is visited by more than 15 million people per year; with the annual Hajj being the world’s largest pilgrimage,” he remarked.

Philippe Harb, chief operating officer, One to One Hotels and Resorts, posited that Hajj visitor numbers are expected to continue to grow to 5.2 million by 2025 from two million in 2013, and therefore the company is engaged in ongoing negotiations to manage four additional hotels in Saudi Arabia.

“The sheer density of developments around Masjid al-Haram is pushing larger developments outwards [from Mecca],” Harb explained, suggesting that Jeddah is a strong commercial and leisure location with year-to-date average occupancies exceeding that of other Saudi cities.

Kevin Brett, general manager, Jeddah Hilton, referred to the Kingdom as one of the top countries in the world for hotel developments in regards to religious tourism, adding that for this reason the property was built, to serve and further support the segment – being located just 20 minutes from the bustling downtown area.

Major works are underway to expand the Kingdom’s two Holy Mosques, while authorities have announced plans to carry out developments to improve travel between Mecca and Medina, and to the airport in Jeddah, where the majority of pilgrims arrive, highlighted Christine Davidson, group event director, dmg events Middle East & Asia, one of the organisers of The Hotel Show Saudi Arabia.

With passenger movements in the country on the rise, Jeddah has witnessed double-digit increases in the past few years, according to Harb, and the city’s King Abdulaziz International Airport is currently undergoing an expansion aimed at boosting its capacity to 30 million passengers per annum upon launch this year and to 80 million by 2035.

The 15-year rail programme, one of the world’s largest infrastructure projects with an estimated budget of USD97 billion until 2040, foresees up to 15,000km of track laid, combining freight with broad-gauge high-speed passenger and urban metro lines, according to Oxford Business Group estimates.

Moreover, Saudi Railways Organization disclosed that the station in Jeddah will boast arrival and departure concourses, a mosque with a capacity of 600 worshipers, helipad and VIP lounges, among more.

“Without a doubt the new airport along with the rail expansion will boost the number of people coming to Jeddah as the capacity of the airport will increase fivefold in terms of the number of visitors while the rail links will shorten distances making visits much easier,” Abu Laban enthused.

Expectedly, such developments are to have a substantial impact on the hospitality industry.

“Over the past years, we have seen more interest from international brands to enter the market, find partners and distributors and gain essential insight into doing business there,” commented Davidson.

The Hotel Show Saudi Arabia is coming up in Jeddah in May, and with the country expected to remain the most visited destination in the Middle East for the next five years, the event is set to be more successful than ever, due to a wider range of global brands and international hotel chains expanding in the Saudi market, suggested Davidson.

“Jeddah is the second most in-demand city for hotel services in Saudi Arabia,” confirmed Saad Alharthi, president, Saad Alharthi Hospitality Group, which recently partnered with The Rezidor Hotel Group to open Radisson RED Makarunah and Park Inn by Radisson Madinah Road in Jeddah, in 2018 and 2017, respectively.

Mövenpick Hotels & Resorts is also strengthening its presence in the city with the 300-key Mövenpick Hotel Heraa Jeddah scheduled to open in the first quarter of 2019.

Ruff concluded that Jeddah’s role as a major gateway to Mecca means religious tourism is indeed very important to hotels in the city, especially since during the Hajj season in 2014 the city welcomed two million visitors, creating a huge surge in demand for quality and reasonably priced accommodation