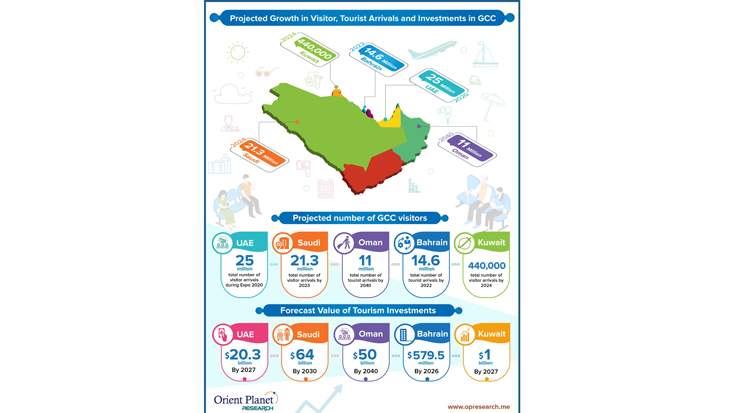 The GCC is gaining a stronger position to become a world-class global tourism hub backed by competitive advantages that attract international travellers looking for new tourism experiences, according to a report released by Orient Planet Research, an Orient Planet Group venture.

The report highlighted that the GCC recorded 1,4 billion international tourist arrivals in 2018, up by six percent from the 2017, which confirms the successful efforts of the UAE, Bahrain, Saudi Arabia and Oman in establishing greater presence on the regional and global tourism map.

According to the report, the UAE receives more than 10 million visitors annually with Abu Dhabi and Dubai as among the most attractive places to visit for tourists, while Sharjah is rapidly increasing its tourism appeal, having attracted 1,7 million visitors in 2017.

GCC countries have embarked on strategic plans to diversify their touristic offerings and have initiated huge investments during the last 10 years to improve, expand and modernize their infrastructure.

The report further emphasised the need to strengthen regulatory and legal frameworks governing the tourism industry to drive the growth of this vital sector as an essential source of growth and economic diversification, and a key pillar for improving the quality of life in the region.