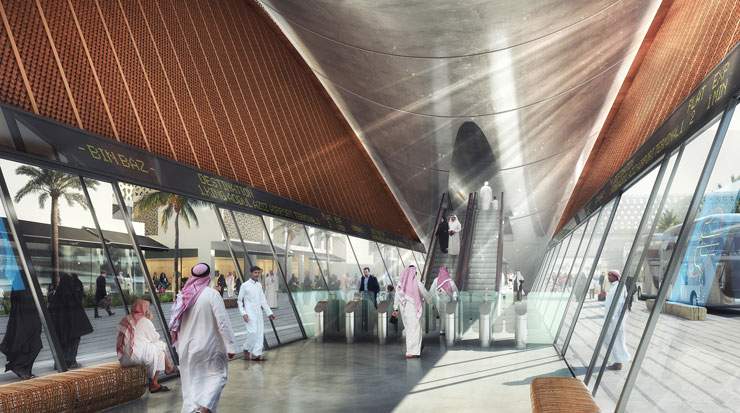 New transport infrastructure is being developed

Mohammed bin Salman, crown prince, Saudi Arabia, has made it clear that he seeks to overhaul the country’s oil-dependent economy.

Apart from the annual pilgrims who travel to Saudi Arabia for the Hajj pilgrimage, most visitors face a strenuous process and steep fees.

To help consolidate the country’s tourism potential even more, the country is to begin issuing tourist visas in the first quarter of this year.

Similarly, Bin Madi stated, “This will elevate Saudi Arabia to the tier one market position, increasing the potential for domestic tourism, increasing foreign visitor arrivals, substantial growth opportunities in the two holy cities of Mecca and Medina, and with tourism a key sector in the government’s Vision 2030 development plan.”

Having earmarked tourism as a key driver for economic growth and the Kingdom’s Vision 2030, major initiatives have been put in place to stimulate the travel and tourism industry, according to Holidayme, Saudi Arabia.

The first phase is scheduled for completion by 2025.

The 26,500 km2 city, named NEOM, will reflect everything that the prince hopes for the country’s future.

Born from the ambition of Saudi Arabia’s Vision 2030 to see the country develop into a thriving model of tourism excellence, NEOM aims to generate the transformation of the Kingdom into a leading global hub through the introduction of value chains of industry and technology.

The revolutionary city is to balance man-made technology with natural scenery, such as the 468 km of beach coastline, scenic mountains reaching up to 2,500 m in height and its iconic desert.

Dubbed as a new way of living, NEOM is to self-supply its energy using solar panels and wind turbines, pioneering the future of energy production.

Moreover, the city will aim to become a global hub of connectivity while using 100 percent automated green transport systems.

NEOM wants to lead the way in state-of-art technologies like arid-zone agriculture, seawater farming and solar-powered greenhouses as well as unveil the next generation of medicine by focusing on the experimentation of nanobiology and bioengineering.

Additionally, NEOM aims to capture the world’s attention, becoming a media centre not just for the Middle East but for the whole world by investing in production houses and studios so that they can produce, deliver and distribute movies, TV, music, video games and social media.

Unfortunately, Saudi Arabia’s tourism industry is still quite sensitive to regional frictions that are keeping tourists away.

Bin Madi explained, “Continuance of the global economic issues will definitely impact the tourism industry, as it weighs on consumer confidence with more people having less disposable income to spend on travel.”

Concluding, Bin Madi emphasised the country’s grace and potential, stating, “Saudi Arabia has a rich Islamic history and has been a unique travel destination for many years epitomising religious tourism, historic wonders and the natural and heritage
marvels. From picturesque cities, to serene mountain resorts to multicoloured coral reefs of the Red Sea, there is no dearth of places to visit in the Kingdom.”