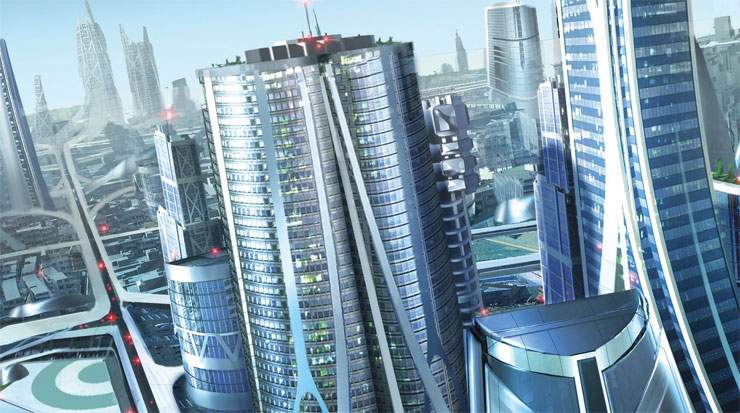 EMBRACING ITS INHERITANCE AND BUILDING AN IDEAL FUTURE, SAUDI ARABIA IS COMBINING ITS NATURAL HERITAGE, WHILE SIMULTANEOUSLY DEVELOPING A FUTURISTIC CITY CALLED ‘NEOM’, IN ORDER TO ESTABLISH THE COUNTRY AS A MODEL OF TOURISM EXCELLENCE.

Recent reforms and widespread investment in the Kingdom’s tourism industry is expected to drive a 13.5 percent compound annual growth rate (CAGR) in the hospitality market, according to a new report commissioned by Arabian Travel Market.

This projection is higher than the UAE, at 10.1 percent, and Oman 11.8 percent. According to the report, Saudi Arabia is also expected to see a vast expansion of its hotel and resort inventory, along with a steep increase in airport passengers.

Mirroring the above statistics and emphasising the Kingdom’s beauty, Diane Daudin-Clavaud, director, communications and public relations, Nobu Hotel Riyadh, said, “The Kingdom is a very big treasure with vast mountains, beaches and hundreds of islands along the Red Sea coast.

The Kingdom has a unique diversity in its traditional heritage, varying from one province to another, each describing the early social life of its locals [...].”

To elucidate, the statistics and expert opinions outline that Saudi Arabia’s leisure tourism sector is conveying a positive increase despite economic uncertainty.

Working to increase travel into the country, Saudi Commission for Tourism and National Heritage (SCTH) has been galvanised to protect and develop national heritage sites and encourage private investment, as highlighted in their 2020 strategic objective targets New projects, including the establishment of new museums, the development of existing ones and the expansion of the National Museum, aim to rehabilitate a number of archaeological sites across the Kingdom.

As Bin Madi mentioned, SCTH is enhancing the Saudi experience by creating a strong association between the country and its heritage; SCTH has begun revising its strategy to meet Vision 2030 projections and contributing to the National Transformation Program 2020 objectives, which include 31 initiatives.

The first phase of the initiative named, The Custodian of the Two Holy Mosques Program of Kingdom’s Cultural Heritage Care, includes 79 projects in which SCTH will undertake rehabilitation and operation of 15 handicraft centres to take the total to 17.

Furthermore, it will rehabilitate 18 urban heritage sites, bringing its total to 28 and establish 18 regional museums to bring the total to 24.

SCTH will also rehabilitate 80 archeological sites and make them public-friendly, bringing their total to 155. In addition, three sites will be registered within UNESCO's World Heritage List and bring its total registered sites to seven.

The Custodian of the Two Holy Mosques Program of Kingdom’s Cultural Heritage Care includes educational and information programmes on heritage. Besides producing a number of documentary films on national heritage and publishing print materials on its cultural heritage, the initiative includes a broadcasting television programme showing exclusive insights into the historic mosques.

In the meantime, plans are being made to design a heritage hotel within Al Ula heritage town and to improve deformed building facades across Rejal Alma heritage village and Al-Ahsa Oasis.

Research is ongoing as to other potential urban heritage developments at its historic Red Sea seaports, while also carrying out rehabilitation studies at Eshigra, Shagra, Al Khobar, Taif, Abha and Najran.

Stepping away from the country’s history, it was announced that SCTH is also supporting various leisure projects, including a Riyadh-based Six Flags theme park by 2021 and a new Red Sea resort built along its coastline and stretching 160.93 km, estimated to add SAR15 billion (USD4 billion) to the economy.

By raising awareness globally and having such stable progress, the Kingdom’s urban heritage is undoubtedly growing rapidly.