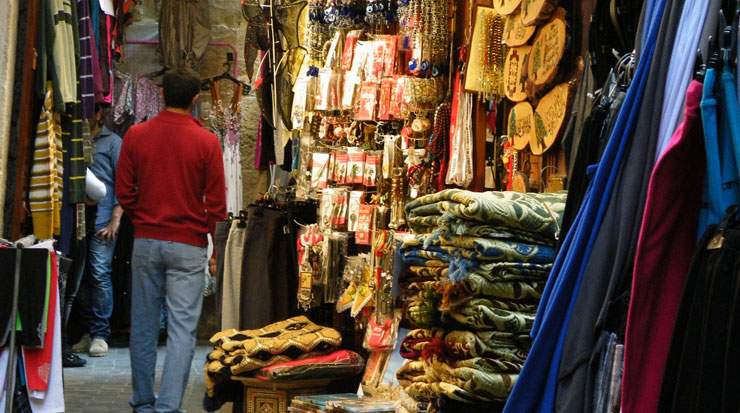 While noticing that the country is a preferred destination for Arab-speaking countries, Gedeon revealed that the majority of the property's visitors derive from Iraq, Jordan and Egypt.

"Business from Arab countries has increased the stability and security of Lebanon, especially after the presidential elections," emphasised, Gedeon.

Besides guests from the Middle East and GCC regions, Symes pinpointed that a significant demand derives from Australia and Latin American countries, particularly from Brazil, where more than 10 million of the Lebanese diaspora reside.

Unveiling the resort's future plans Gedeon highlighted,"We expanded our market to Iran, we doubled our sales trips to Jordan and Egypt, and we aim to target the Turkish market not to forget the Lebanese diaspora which is considered as one of our target markets especially during the summer season."

Aiming to open the road to new customers from emerging markets such as Asia and the Commonwealth of Independent States, hoteliers, tourism authorities and agents started promoting the destination to Russia, China and India, focusing on familiarisation trips, exhibitions and promotional activities through social media.

Recognising the tremendous efforts made by Lebanon's Ministry of Tourism and private stakeholders in order to diversify offering, Hartmut Grauel, general manager, Coral Beirut Al Hamra Hotel, highlighted that the resort focuses on maintaining its business relation with customers in Egypt, Turkey and Jordan, in addition to attending major exhibitions such as EMITT and Arabian Travel Market.

Meanwhile the country started introducing several innovative leisure concepts particularly appealing to European and American visitors such as the development of many guesthouses, bed and breakfasts, and boutique hotels in regions outside Beirut for those looking to escape the city buzz, but also in the heart of the capital for those wanting to explore the capital’s bustle.

These concepts also turned out to be attractive for in-house visits becoming domestic escapes for the Lebanese themselves.

A DIALOGUE OF CIVILISATIONS

"Lebanon is a Middle Eastern country where every guest will find an unbeatable service and warm hospitality," exemplified Galoisy and further expanded, "In fact you are about to witness a blend of east and west cultures, a coexistence of 18 different religions, street food and fine dining cuisines, swimming and skiing at the same period of the year [….] and our cultural legacy will bring you back to the Phoenician and Roman times, thousands years back, without forgetting the breath-taking natural sceneries."

Aiming to promote cultural diversity in the Mediterranean Sea, while also connecting tourists and locals with the destination's rich Phoenician heritage, which is largely unknown, World Tourism Organization together with Lebanon's Ministry of Tourism and Council of Europe launched in 2016 The Phoenician's Route, a cultural itinerary crossing three continents, 18 Mediterranean countries and more than 80 towns of Phoenician-Punic origin and culture.

The Phoenician cities were the stopping places of a journey along the whole Mediterranean Sea through which people exchanged things but also knowledge, ideas and experiences.

In order to promote this, the itinerary promotes a network of archaeological, ethnic, anthropological, cultural and naturalistic sites, and cultural exchanges between the people and the countries of the Mediterranean.

TOWARDS A BRIGHTER FUTURE

Lebanon's Ministry of Tourism declared that this year, a new marketing approach has been adopted to promote the country as a touristic destination, by sending invitations to companies so that they come and see for themselves the capabilities the country enjoys in terms of tourism and culture.

During the first of its kind international B2B forum organised in the country with the aim to further boost leisure tourism and MICE industry, the authority launched Visit Lebanon, a one-of-a-kind project in the region that involves more than 150 international companies with high experience in tourism marketing, conferences, celebrations and travel.

Visit Lebanon's outcomes according to Horeca, one of the region's largest annual meeting places for the hospitality and foodservice industry resulted in 94 percent of hosted buyers expressing their willingness to programme Lebanon on their next destination list in the upcoming years.

In addition, Barakat highlighted, ministry of tourism, Lebanon is now working closely with the private sector, specifically with the syndicates of hotel owners, restaurants and tour operators, contributing to a serious coordination between the tourism key sectors.

"Now the idea is clear, Lebanon will be promoted as All in One Country, a country that has it all," ephasised Barakat.

The uniqueness of Lebanon lies indeed in the interlaced ties of its past history and Phoenician heritage with the modern lifestyle of a new millennium which mirrors its historical imprint and presence within the Mediterranean region.

Revealing the history of several civilisations that inhabited it, the country shows that the past can help us to understand our future.

Having realised the country's powerful potentials, Nammour, summarised "What makes Lebanon ideal is its uniqueness in offering the meaningful life platform.

However, to improve further and build on the patterns there is need for more strategic planning and attraction to foreign investment.

This is possible by producing credible policies that will increase arrivals and strengthen the climate for entrepreneurs business activities."