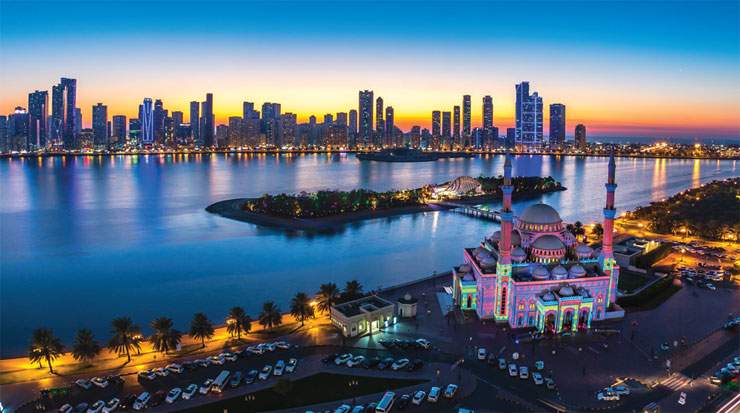 Complimenting its rich festival calendar, Sharjah also stands out as being among the richest emirates when considering culture and heritage.

Visitors can also explore many historical sites and witness its traditions through the numerous museums available across the emirate.

“There is continuous drive by the government to improve the emirate’s offerings to the local and international tourist market,” noted Michael Kasch, general manager, Centro Sharjah.

They are effortlessly working to have the SHARJAHheritage sites and areas accessible, for instance, Sharjah Museums Authority recently introduced a cultural app with the aim of bringing forth the culture and art of the museums to new audiences.”

Within the area, visitors can explore boutique hotels, restaurants, cafés, retail outlets, art galleries, traditional markets and commercial areas. In addition, it is home to some of the emirate’s most visited museums such as Sharjah Al Hisn Museum, Bait Al Naboodah Museum and Al Eslah School Museum.

However, one particular museum is proving to be among the most popular, Sharjah Heritage Museum situated near Bait Al Naboodah. The museum is dedicated to highlighting Sharjah’s rich traditions, customs and culture as a source of pride and inspiration.

“This is a beautiful architecturally designed two storey family house,” explained Felix Brunner, general manager, Middle East, India and Subcontinent, Sharjah Duty Free. “It is built around a shaded courtyard and is dedicated to a family life reconstruction many years ago. Moreover, there are also provisions for children’s costumes, games and even jewellery.”

Finally, Mleiha Archaeological Centre is a visitor and exhibition centre based around the history and archaeology of the areas surrounding the village of Mleiha. The centre details the excavations and discoveries made over the past 40 years within the village, which provide evidence that anatomically modern humans were around 130,000 and 120,000 years ago.

One of the innovations being deployed at the centre is to maintain the eco-tourism aspect. A multi-phase eco-tourism resort, situated at the heart of the Mleiha Archaeological and Eco-Tourism Project, on a natural landscape between the area’s bespoke dunes and the famous Fossil Rock, is scheduled for completion towards the end of 2019. It is intended to comprise accommodation, a campsite as well as an astronomical observatory, with a total investment of AED250 million (USD68 million). The development will also include a 450 km desert park.

With so many cultural options to choose from when visiting the emirate, hosting all the visitors travelling there to enjoy everything on offer falls to Sharjah’s current and future hospitality portfolio. The latest reports from SCTDA revealed that, during 2017, several new hotel projects have been announced, notably from; Accor, Anantara, Hilton, Sheraton and Shurooq’s Sharjah Collection.

Additionally, the local government reported a remarkable hotel occupancy rate growth during 2017, while the hospitality sector’s revenue during the first half of the year increased by 7.8 percent to reach AED372 million (USD101 million).

“2017 was a better year if compared to 2016 in terms of occupancy, ADR, RevPAR and total revenue, basically all major indicators, the hotel has witnessed 1.9 percent growth in room revenue and 2.2 percent growth in RevPAR,” remarked Ashykova.

Kasch agreed with these statements by highlighting that 2017 was a successful year, stating, “We saw an increase in the average rate, room revenue as well as food and beverage revenue in comparison to 2016. Our