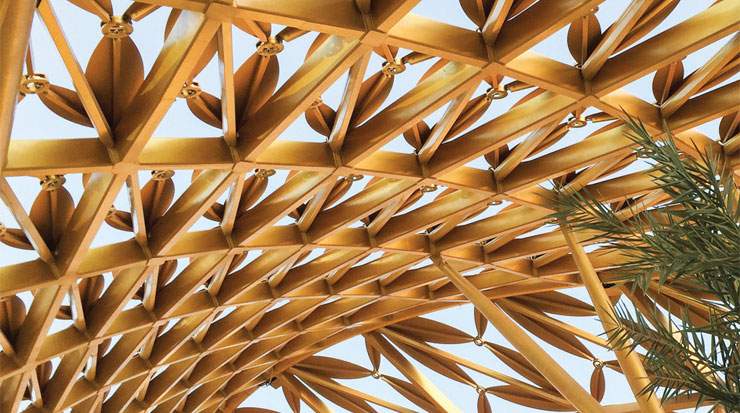 DUBBED AS THE THIRD LARGEST AND THIRD MOST POPULOUS EMIRATE, SHARJAH STANDS STRONG AS A REGIONAL CULTURAL HUB AS IT WELCOMES MILLIONS OF VISITORS EVERY YEAR, IN PART DUE TO ITS NUMEROUS ANNUAL FESTIVALS AND HERITAGE SITES.

As Sharjah Commerce Tourism and Development Authority (SCTDA) states, the emirate has a longstanding civilisation which dates back in the 15th century. The emirate hosts some of the region’s most important art and cultural events by being a leader that upholds Islamic identity and ensuring the continuity of Arab heritage expression across the world.

Boasting 22 award-winning museums and outstanding heritage architecture, Sharjah has also previously been crowned 1998 Islamic Culture Capital and Capital of Arab Tourism for 2014 by UNESCO. Visitors to the emirate can easily discover facets of Arabic lifestyle, heritage and art through its traditional museums, historical sites and souqs.

Sharjah is known globally for its colourful annual festivals, making it a great destination for leisure travellers. Its most recognisable event is arguably Sharjah Light Festival, which sees the emirate’s most iconic locations and landmarks illuminated with unique lighting, and which has been running for eight years. This year’s festival was hosted between February 07 – 17, and within 11 days it welcomed one million visitors, while also hosting 100 local and global media outlets representing more than 30 countries. According to SCTDA, nine million interactions on all social media channels were witnessed. The festival’s top shows lit up locations such as Dr Sultan Bin Mohammed Al Qassimi Center, Sharjah University City Campus Avenue, and Heart of Sharjah, to name a few.

While Sharjah Light Festival shines the spotlight on the emirate’s famous landmarks, the annual Sharjah International Book Fair has been lighting up the souls of book
enthusiasts since 1982.

Its 36th edition during 2017 attracted a record breaking 2.38 million visitors over its 11-day run with more than 1,600 publishers from 60 countries participating. Such large numbers have labelled the event as the World’s Third Largest Book Fair. This year’s edition will be held from October 31 to November 10 and will take place at Sharjah Expo Centre.

In addition, Sharjah Children Reading Festival provides youngsters with their own event, taking place from April 18 – 28 at Sharjah Expo Centre. In 2017 the event attracted more than 306,000 visitors, hosted 123 specialist children’s literature exhibitors, and entertained visitors with 2,093 educational and fun-filled activities.

“As we strive to reinforce the tourism industry and entice diverse groups of travellers, we have added a number of new events to our calendar,” stated H.E Khalid Jasim Al Midfa, chairman, SCTDA. “The Sharjah Hospitality Forum is now on its fourth successful year; the Aqua Bike World Championship Week, and Sharjah Summer Festival, a new addition for 2018, offer weeks of fun and entertainment with a large number of summer promotional activities, attractive discounts, deals, raffles and grand prizes.”