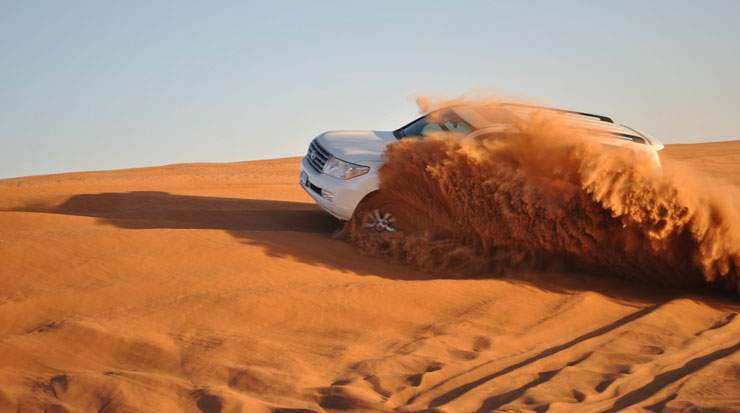 FUJAIRAH IS THE PLACE TO BE FOR ADVENUTRE SEEKING TOURISTS; A WORLD-CLASS DESTINATION FOR DIVING, FISHING, WATER SPORTS AND DESERT DRIVING.

Fujairah has been called the hidden gem and the majestic getaway of the UAE. One of the seven emirates, and the only one that has a coastline solely on the Gulf of Oman, the destination is hailed to be a world-class destination for diving, fishing, water sports and especially desert off-road dune dashing.

Fujairah’s tourism is steadily growing, and according to Fujairah Statistics Centre, hotel room occupancy grew by five percent during the years’ 2014-2016, from 59 percent to 64 percent respectively.

UAE Ministry of Economy in its Annual Economic Report 2016 released a statement that noted that Arab countries were expected to record an economic growth of 3.1 percent in 2017, in the light of expectations that the world economic activity will recover.

Among other Arab countries, Fujairah is a key driving force behind the plan that H.H. Sheikh Mohammed bin Hamad bin Mohammed Al Sharqi, Prince, Fujairah, UAE, in partnership with Fujairah Municipality have commenced for the development of a Framework for the emirate to encompass the country’s nature in its economic growth.

According to Virtuoso, the second global trend for 2017 tourism was active and adventure travel especially diving.

There are a variety of diving and snorkelling companies which aim to facilitate the global trend in Fujairah through their services. Al Boom Diving is one example of such, established in the UAE in 1995.The East Coast is said to provide some of the best diving available in the UAE because of currents from the Gulf of Oman and Arabian Sea allowing for warmer waters and tropical fish. Al Boom Diving maintains a permanent centre on the East Coast at Le Meridien Al Aqah Beach Resort and offers a shuttle bus service from the Dubai dive centre on Al Wasl Road as a way of improving guest convenience, attracting many visitors.

Adrenaline tourism is gaining popularity as tourists seem to be drawn to outdoor adventures as they contribute to lifetime memories which are usually experienced away from tourists’ own home countries due to the free-spirit travellers adopt.

Similarly, fishing is considered to be a popular leisure activity in Fujairah. Palma Holding, in association with the Fujairah International Marine Club, under the patronage of Al Sharqi, chairman, Fujairah International Marine Club, hosted the annual Fujairah Offshore Fishing Tournament 2017 which is an Offshore World Championship qualifying event held in November, 2017. Events like the Fujairah Offshore Fishing Tournament attracts visitors while creating a community and encouraging fishing enthusiasts to the emirate from all around the world.

Rejuvenating a sense of discovery, packages are organised as a way of showcasing the unique untouched landscapes of Fujairah, while simultaneously unveiling its traditions. Drive tours through the desert allow tourists to experience dune dashing, described as a rollercoaster ride through the sand, and view a desert sunset at the end, one of the highlights of a trip to the Arabian deserts. During the tours, more outdoor experiences are induced for visitors like sand boarding and camel rides while, in the evening, visitors are treated to a dinner with traditional local entertainment such as belly dancing or a Tandora show.

TOURISM TREND OF THE FUTURE

As Fujairah is introduced to the world of tourism, its growing outdoor experiences and adventures are creating a stable association with the region. More companies and events are globalising the newly-developed adrenaline tourism in the emirate to respond to the worldwide leisure activities trend.