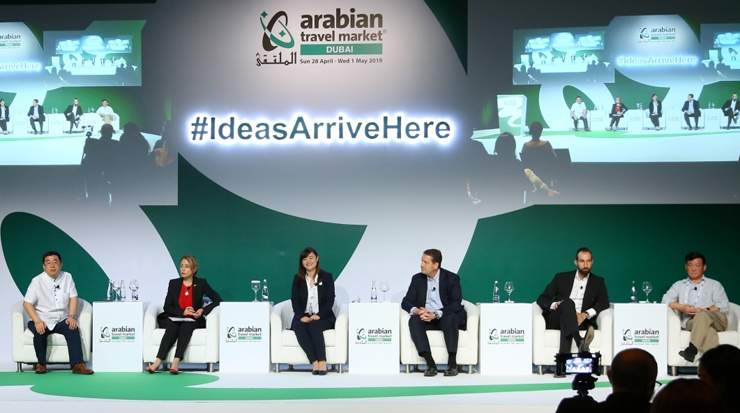 Panellists speaking at the Arabia China Tourism Forum at ATM 2019

The GCC must deliver unique and tech-enabled experiences designed for free independent travellers (FITs) if it is to grow its market share among China’s outbound tourists, according to experts speaking at Arabian Travel Market (ATM) 2019.

The overall number of outbound tourists from China is projected to hit 224 million by 2022, according to research conducted by Colliers. United Nations World Tourism Organization (UNWTO) figures show that the GCC is on course to attract 2,9 million of these visitors.

Panellists speaking at the Arabia China Tourism Forum, which took place on the Global Stage at ATM 2019, explored how Gulf states can boost Chinese visitation further and cater to younger travellers arriving from the Far East.

Moderator Adam Wu, CEO, CBN Travel & MICE and World Travel Online, said, “The trend is moving away from group travel to FITs. Approximately 51 percent of Chinese travellers [come from this segment]. They are travelling in smaller groups but it’s also the age groups that are changing.”

Unique experiences represent a key component when it comes to convincing younger Chinese travellers to visit the GCC. In addition to comfortable accommodation and accessible amenities, panellists noted that China’s FITs are looking for attractions that are not available in other markets.

Gulf countries are already taking steps to strengthen ties with China and appeal to the country’s international tourist base. Chinese passport holders can obtain 30-day visas on arrival in Oman, Bahrain and Kuwait, and the launch of Saudi Arabia’s tourist visa is expected to lead to further increases.

Dubai’s Department of Tourism and Commerce Marketing (DTCM), meanwhile, has partnered with China’s Tencent to promote the emirate as a preferred destination, and to bring the company’s WeChat and WeChat Pay platforms to the UAE. Panellists agreed that GCC hotels must also do more to facilitate a seamless visitor experience.

According to figures released by the UNWTO, Chinese visitors are the highest spending overseas travellers on the planet, shelling out USD258 billion in 2017. Attracting more of these individuals would benefit national economies across the GCC.